How To Pick An Airline Seat: The best place to sit on a plane are the window, aisle, exit row and bulkhead seats. Each of course have their different pros/cons. We’ll go over each one to help you decide what works best!

Best Place To Sit On A Plane

How To Pick The BEST Seats On A Plane

The best seat is obviously going to be in first class, but in this post we’ll go over the intricacies of economy seating.

Many airlines will charge you to select your seat. Depending on the airline, you would be able to select your seat for free from 24-48 hours before departure. Personally, I’d rather not pay any additional fees and save my money for the trip. 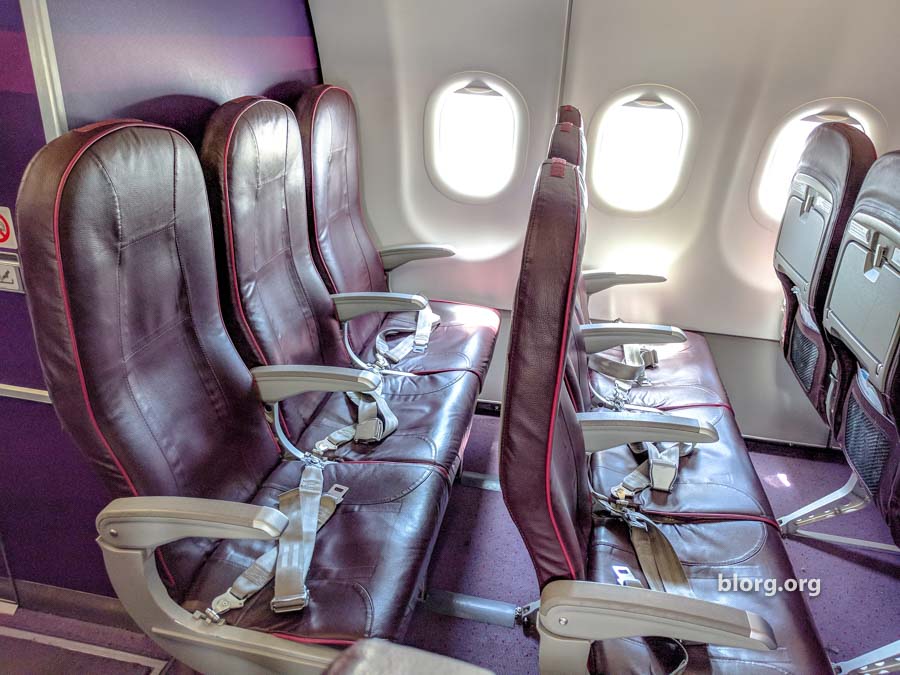 The best seat if you want to sleep and not be disturbed. Plan your food and liquid intake wisely because you’ll have to disturb your seatmates if you want to go to the lavatory. This is my personal preference when available.

The best seat if you want just a little more breathing room since you can extend yourself into the aisle a little bit.

Located by the wings of the plane, these seats have extra legroom when compared to a standard seat. The armrests do not come up on these seats. You’ll be asked to assist in the event of an emergency and have to agree if you want to stay in that seat.

The first row of economy seating that has a walled divider that splits the cabin between economy and business class. Typically bulkhead seats have excessive leg room. So much legroom that you don’t have to disturb your seatmates when getting up to go to the lavatory.  The extra space is great, but it comes at a cost. 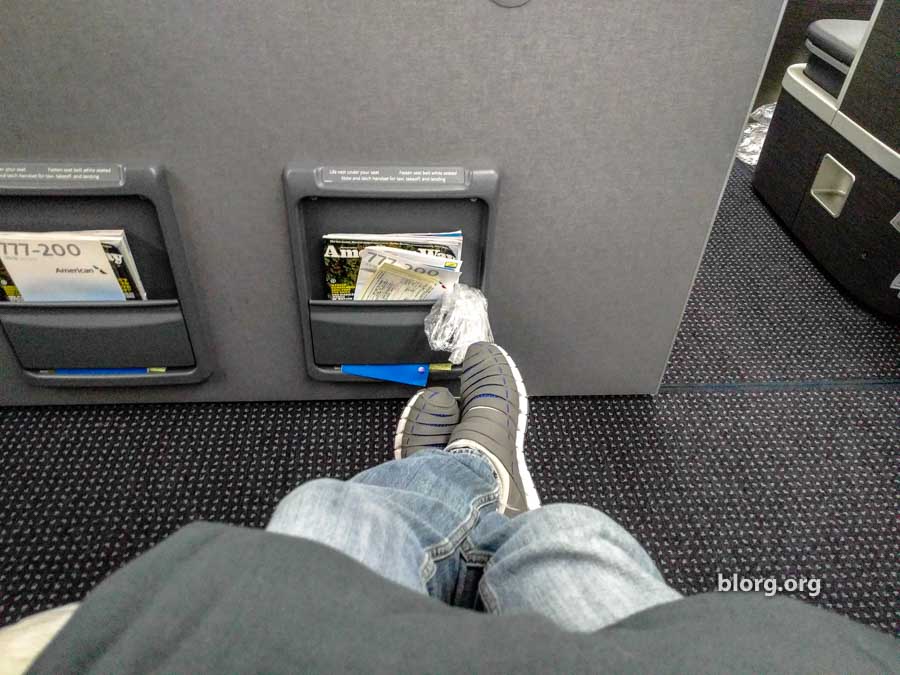 Seats By The Lavatory

These are the worst seats. Avoid if possible. The absolute worst seat is the aisle seat because if people start queueing for the lavatory, they’ll wait right next to you and balance themselves by holding your seat. On top of that, you have the additional noise from the toilet flushing and the odor associated with lavatories.

Seats by The Galley

How Do You Know Where Your Seat Is Located?

I use seatguru.com to figure out where the seat is located. You just have to input your airline, route and date and then the site will show you the type of seating configuration on your flight.

Can You Change Seats During A Flight?

Yes! As long as you stay in the same cabin class, the flight crew doesn’t mind. You DON’T even have to ask them.

Just before take-off, the plane door will shut and that means everyone who will be on that flight has already boarded. As soon as that plane door shuts, you’re free to move into an empty seat as long as you stay in the same cabin class.

That means if you were in economy, you’ll have to stay in the economy cabin. The same goes for business and first class. I’ve moved seats and taken over several seats during a flight in all cabin classes and there have been no problems.

Why would I change seats in business or first class? Typically not all these seats get taken, so sometimes I like to have a bed set up in one seat and another seat for watching movies/dining. It’s a privilege I hope you get to experience one day.

Didn’t Select A Seat In Advance?

That’s okay! The airline will assign you a seat when you check in for your flight at the airport. I find this a better option than forcing myself to select a middle seat online when most of the choices have already been made.  You still might get a middle seat, but sometimes you get the exit row or bulkhead seating.  Airlines typically blockout the more desirable seats on an aircraft so they can charge you for it. If you didn’t pick a seat in advance, you have a higher chance of the airline assigning you one of the premium seats.

Best Seats When Traveling With Someone

If you want to hang out with your travel buddy, but not necessarily the whole time you should book a window and an aisle seat in the same row. The middle seat is the least popular choice. Someone will only take that seat if the plane is full (or if the seat is close to the front). If you don’t want to risk it, your best alternative (to actually sitting next to each other) is to book the aisle seats in the same row. That way you can comfortably turn towards each other and have a conversation (that most other people will probably hear, but whatevs).

How To Get An Exit Row Seat

I travel by myself a lot. When I don’t pick a seat, I’ve ended up sitting in the exit row, the front of the plane, the back of the plane or some middle seat. It’s a gamble, but why not. When traveling with someone, I’ve also had the chance of getting the exit row seats. If no one books the exit row seats and you arrive early to check-in for your flight, the airline will offer you the seats or you can ask for them.

The exit row seats are awesome because they have more legroom than standard seats. But in the event of an emergency, you have to be capable of helping other passengers off the plane. I normally say agree to this, but in the back of my mind I really just want to be the first survivor off the plane.

In the event of an emergency, you also have to be able to speak the primary language of the airline. This is so you can understand emergency instructions. I was on a domestic flight in Chile and they only spoke Spanish. They gave me the exit row seat and the flight attendant asked if I spoke Spanish. I replied with “I don’t speak Spanish.” She said they would move my seat and then I didn’t hear back from her. I enjoyed the rest of the flight as the first survivor.

Stay Towards The Front Of The Plane And Board Early

If you are traveling carry-on only, you’ll want to board the plane as early as you can. The earlier you board a plane, the better your chance is to lock in overhead bin space for your luggage.

De-boarding a plane can take a long time. That’s time I’d rather spend at my destination. My strategy is to sit as close to the front of the plane as possible, that’s where you’ll exit the plane.

In some cases, you’ll be able to exit the plane at the rear of the plane. But this is only for small airports where you end up walking to the plane or taking a bus.  At major international airports, they use a jet bridge that connects passengers from the plane to the terminal.

The WORST Seat On The Plane Is By The Lavatory

I’ve had the misfortune of sitting in the aisle seat by the bathroom (several times) and it’s the worst:

Personally, I the window seat. I don’t like it when people walk by me since there’s a higher chance of them bumping into your seat when sleeping. 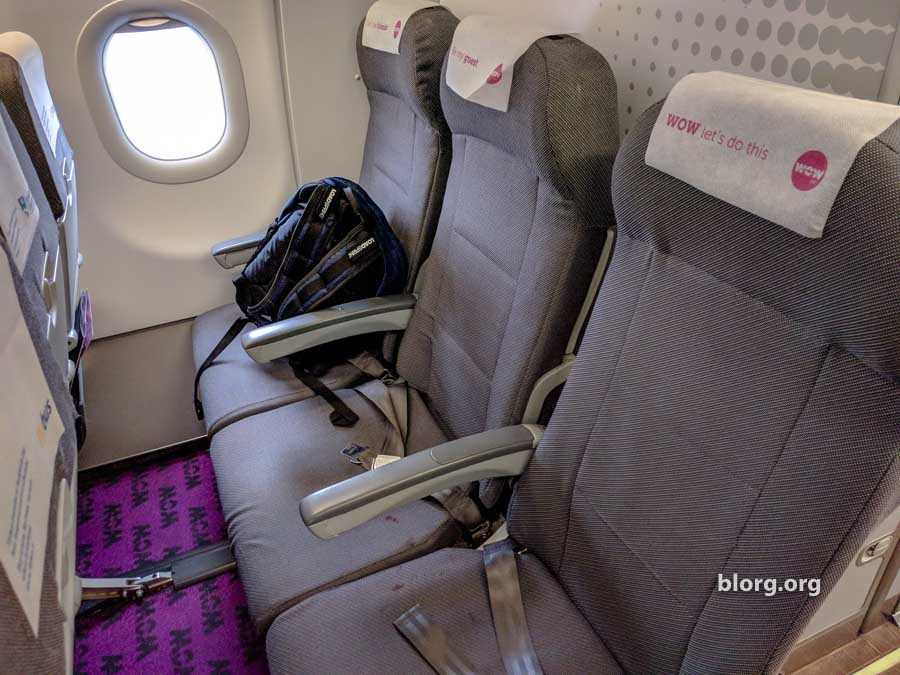 How To Get An Upgraded Seat To Business or First Class

I’ve flown a lot (100+ flights). I’ve never had a free upgrade. A lot of articles claiming you can get upgraded are absolute nonsense. There’s no strategy for it in a typical situation. Good luck though.

Something crazy would have to happen for you to get an upgrade. If they ask for passengers to skip the flight for a later one, in those cases you have a high chance of getting an airline credit voucher and an upgrade. Your best chance for this is during holiday travel.

You Can’t Select A Seat On Southwest Airlines

Southwest is the only airline I’m aware of that doesn’t have a seat selection. There are no assigned seats. As soon as you board the plane you can sit down in any empty seat. Seats fill up QUICK so you’ll have to pick something immediately, put your luggage away and prepare for the flight. I go for any of the window or aisle seats towards the front of the plane.

Southwest Airlines has avery specific boarding order: Prior to boarding, everyone is lined up by class and boarding number (something like B32). You board based on your ranking.  To get ranked higher, you have to check-in to your flight as close to the 24-hour mark as possible…or you can also pay a fee.

Don’t sit by the bathroom or the galley. Sit as close to the front of the plane as you can. If you choose to select your seat in advance use seatguru.com to check out the plane layout. As soon as the plane door closes, you can move into any empty seat in the same cabin class (and you don’t have to ask the flight attendant).

3 thoughts on “How To Pick An Airline Seat: Tips For Pro Traveles”