Ichiran Ramen is a very popular ramen chain restaurant that can be found throughout Japan and around the world.  The first Ichiran was established in Fukuoka making it a specialty dish for the city. There are several locations throughout the city which are all marked on tourist maps. So while in Fukuoka, I had to try Ichiran.

The conditions were perfect. It was the end of September, the weather was cold, it was raining and I was hungry.  I’m staying in Hakata (Fukuoka area) for one night in a hostel and need to go get food.  Just around the block happened to be a mall with an Ichiran ramen. 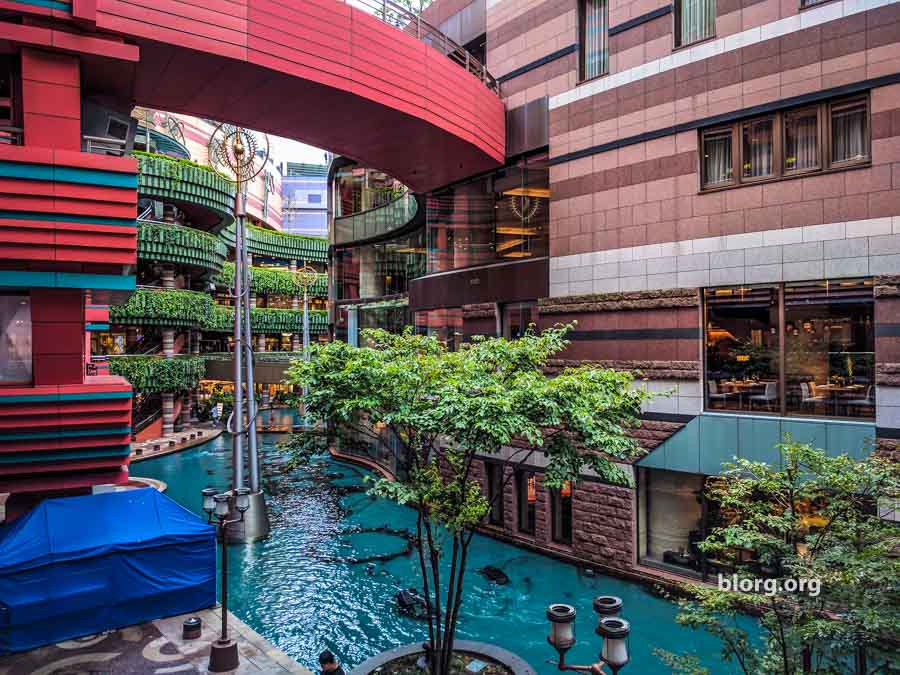 I make my way towards the mall with the Ichiran ramen. It’s on the basement level along with many other restaurants.  Walking in you’ll find a vending machine where you can purchase a food ticket. I go with the most popular item and then walk through a red curtain into a small hallway with booths. After taking a seat at the end, there’s a paper and a pencil on the table.  You had to fill out the paper with your ramen preferences.  You could select things like type of noodle density, broth thickness and toppings.  The paper was in Japanese and English so there weren’t any language hurdles. 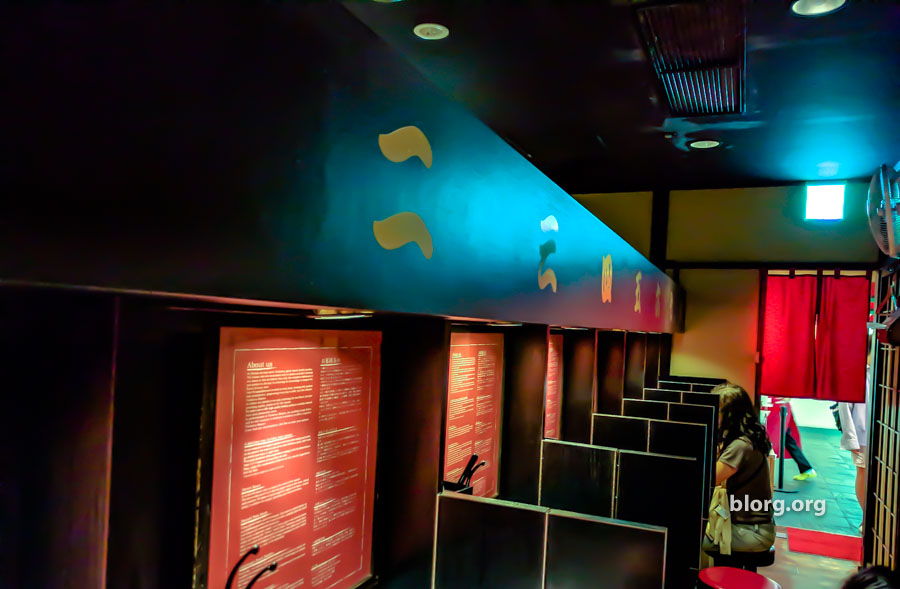 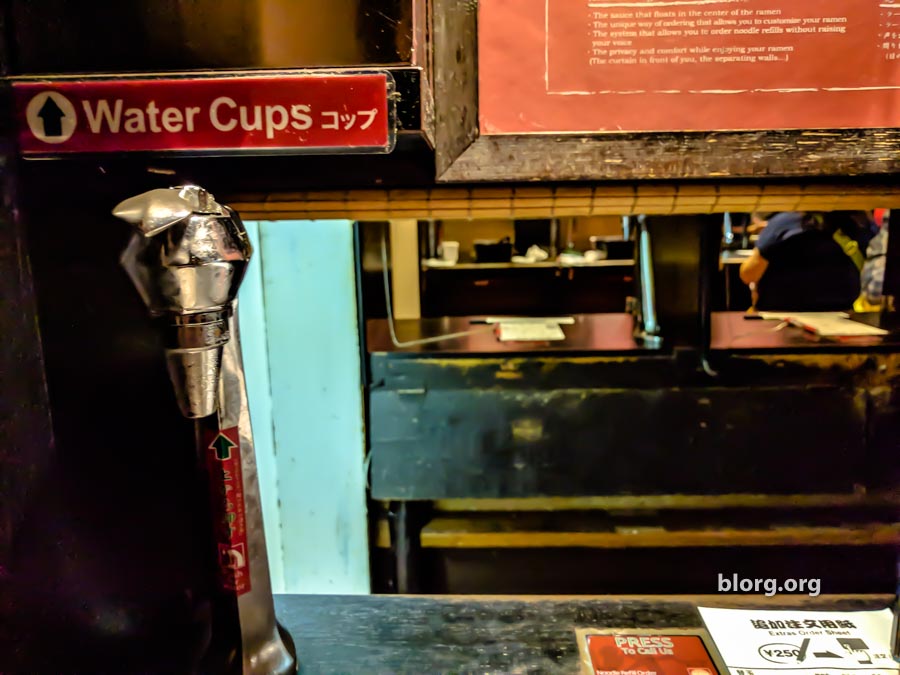 After completing my ramen order preferences, I press the big red button on the table to call the attendant.  The attendant appears from behind the curtain, but I could only see their torso and arms since the window was low.  I slide over my food ticket and ramen order form.  The attendant politely took the ticket and form and put the curtain back down. Ten minutes later, I was in a world of ramen.

The curtain rolled up and then I saw a rectangular box with the most pleasant aroma slid towards me. The curtain rolled back down and then I took off the lid to the box. BAM! The aroma of the ramen hit my nose with delight.  The noodles and toppings appeared to be delicately placed in the container. I’ve never seen anything like this!  I go in for the first bite and I knew this was the best bowl of ramen I’ve ever had. 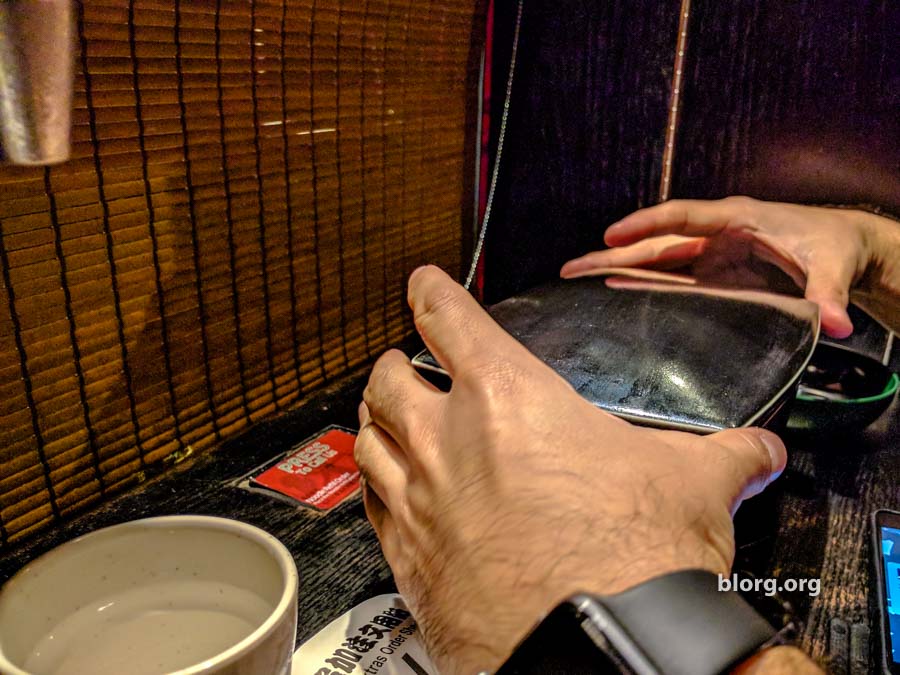 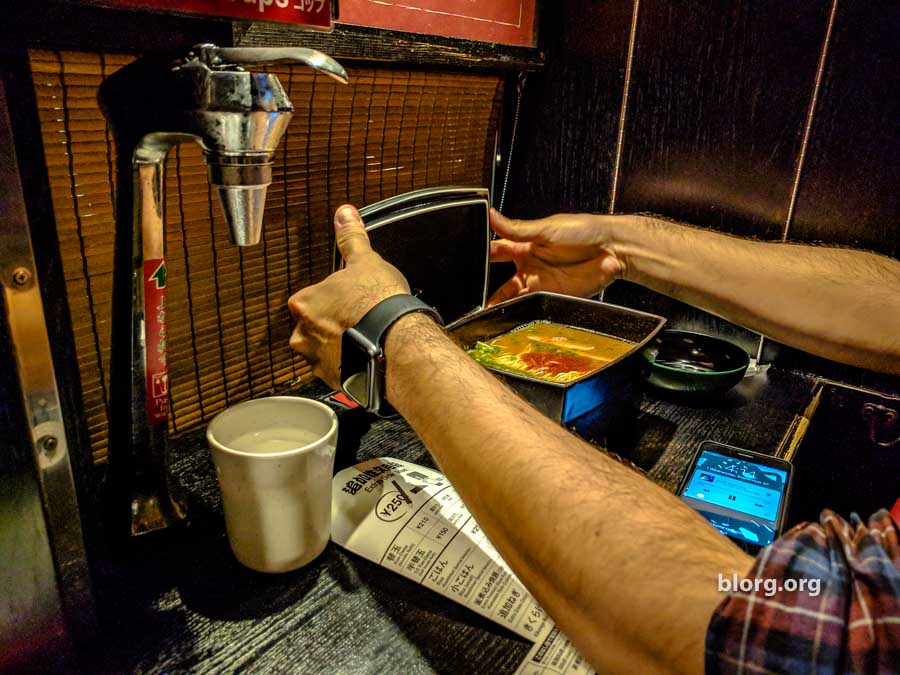 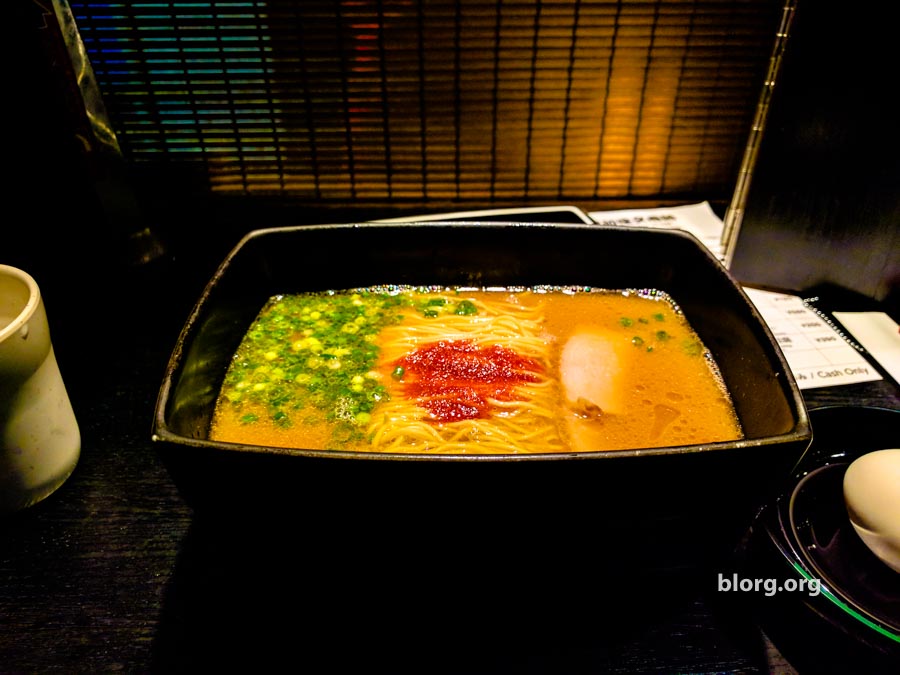 If you happen to be in Japan, Don Quixote stores sell packaged Ichiran Instant Ramen. I’m sure other stores do too, but I happened to find it there for about 800JPY for a 5-pack.  You can also find it on Amazon at an overpriced rate.

Not all Ichirans are equal

I ate at several different Ichiran restaurants later throughout my trip and no other restaurant served it like a present from ramen heaven. The review is very high but that’s because the conditions for having ramen were at its most optimal level.