I booked an actual hotel for the next night after the capsule hotel but in Japan it’s RARE to have early check-in.  I got up early and was checked out of the capsule hotel by 07:00.  From Osaka, it’s only an hour train ride to Kyoto.

I took the free walking tour (the only one on TripAdvisor) and learned a lot from our Ukrainian guide Yuri who has been living in Japan for 11 years. As we walked through Kyoto, he explained the history of the city and of the geishas. For a more in-depth guide to Kyoto and to getting around in the area, check out Ms. Solo Traveler’s Kyoto guide. 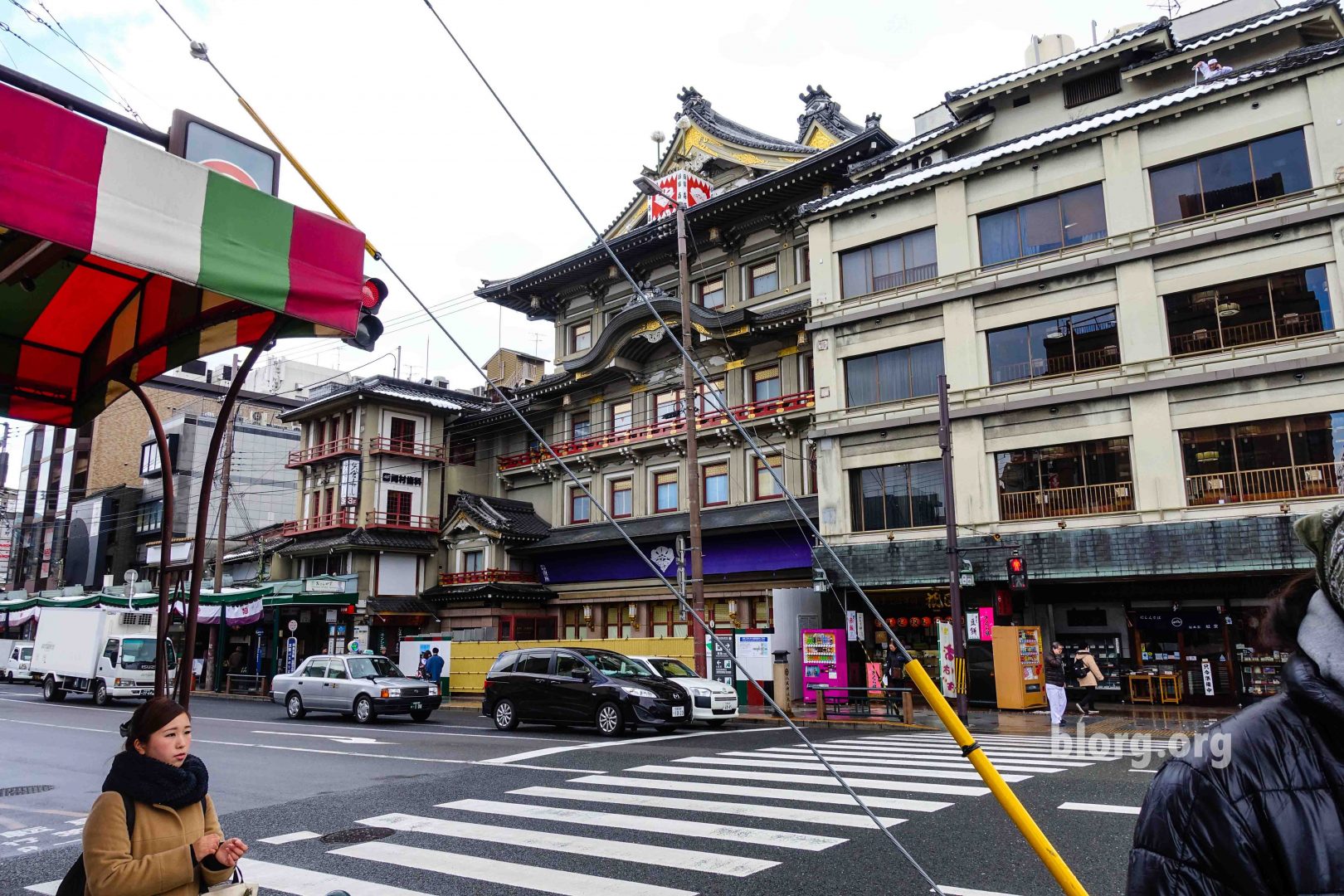 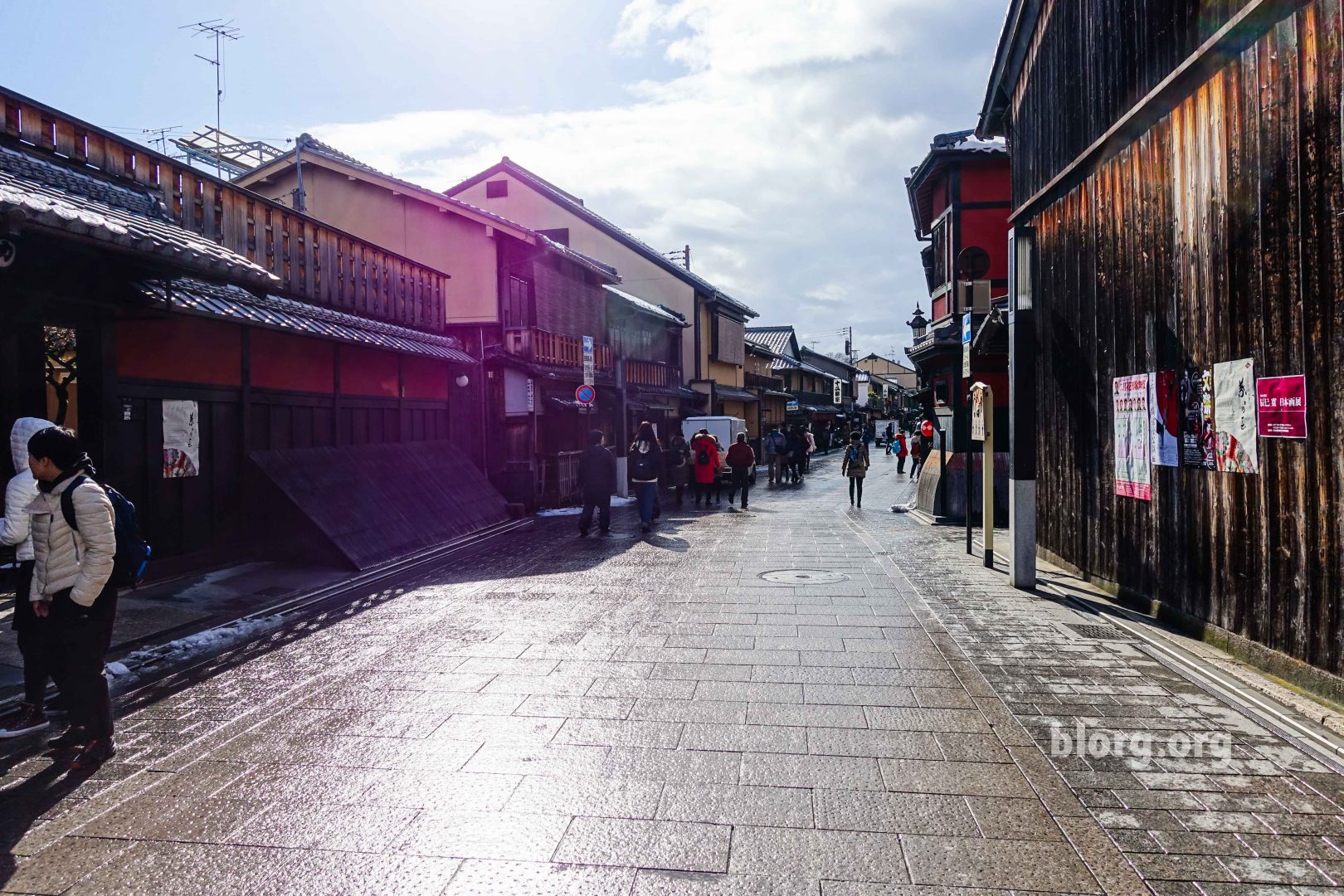 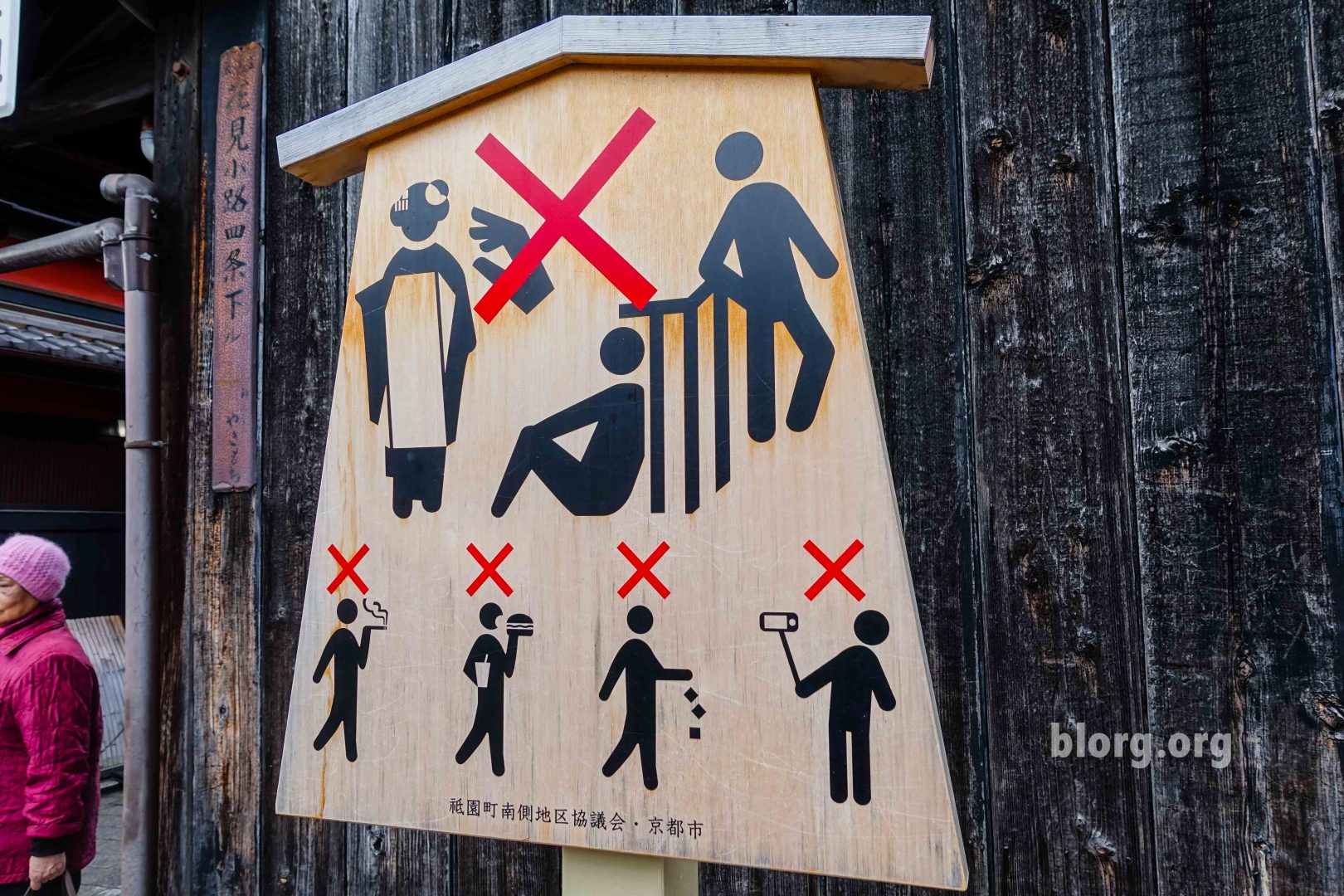 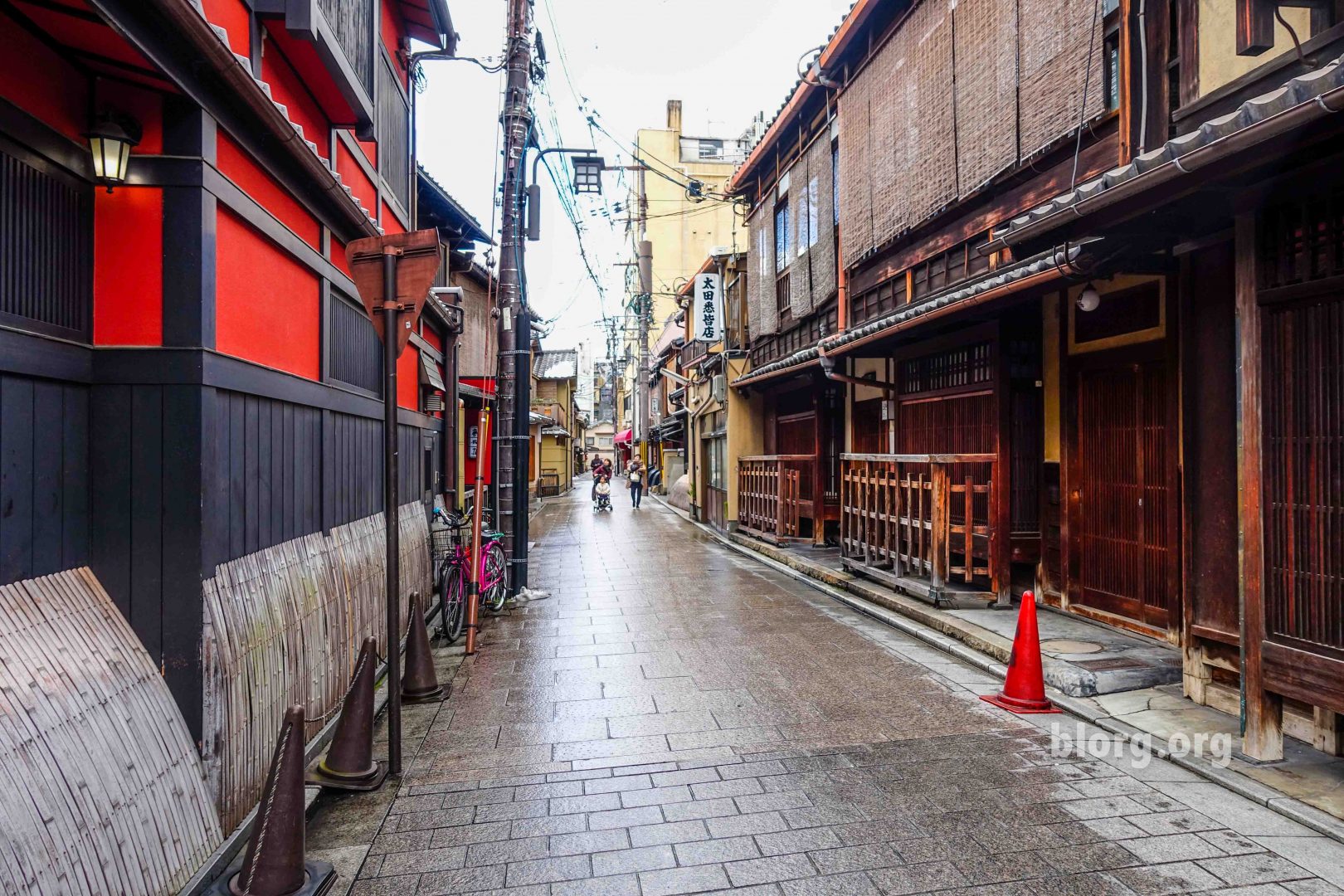 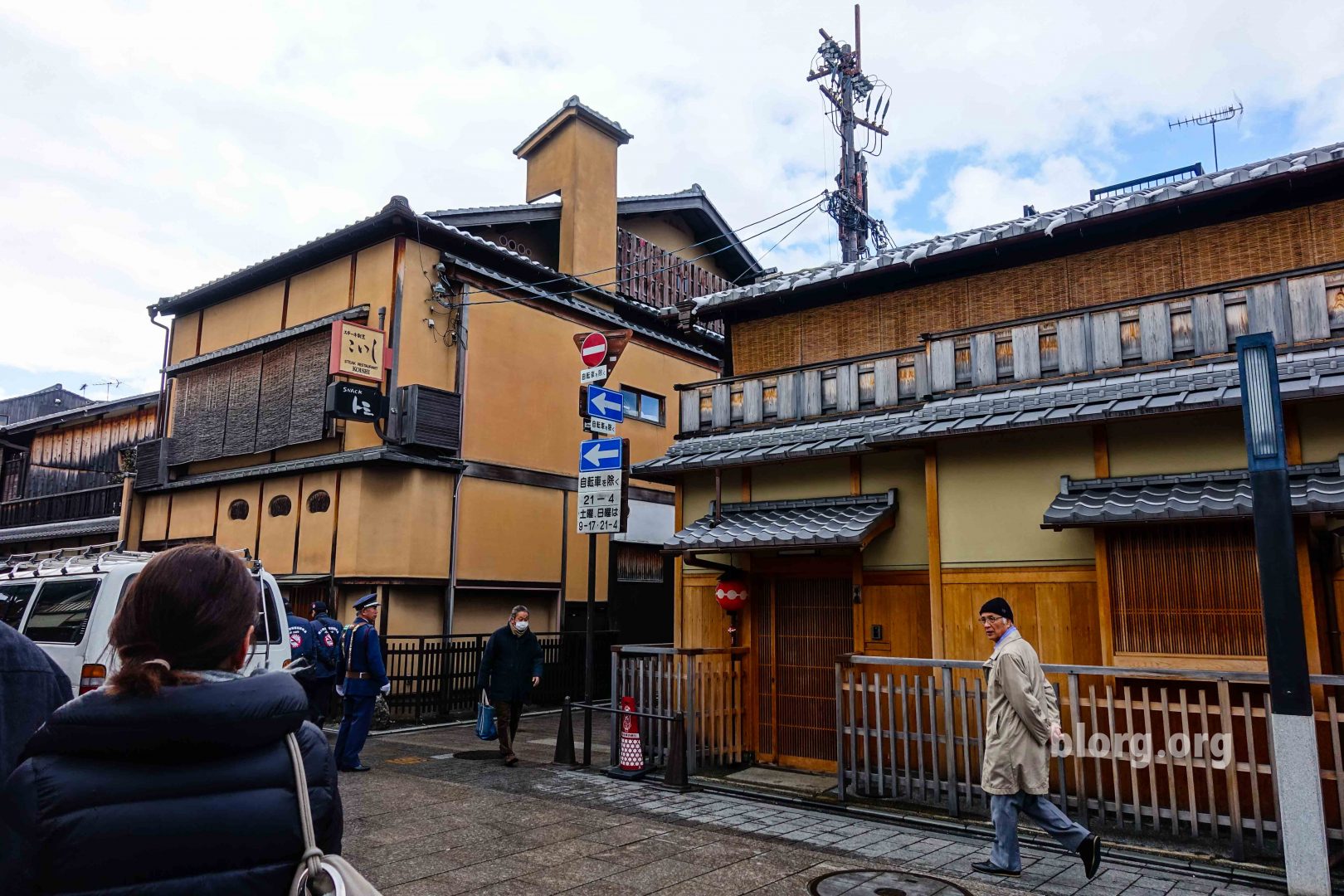 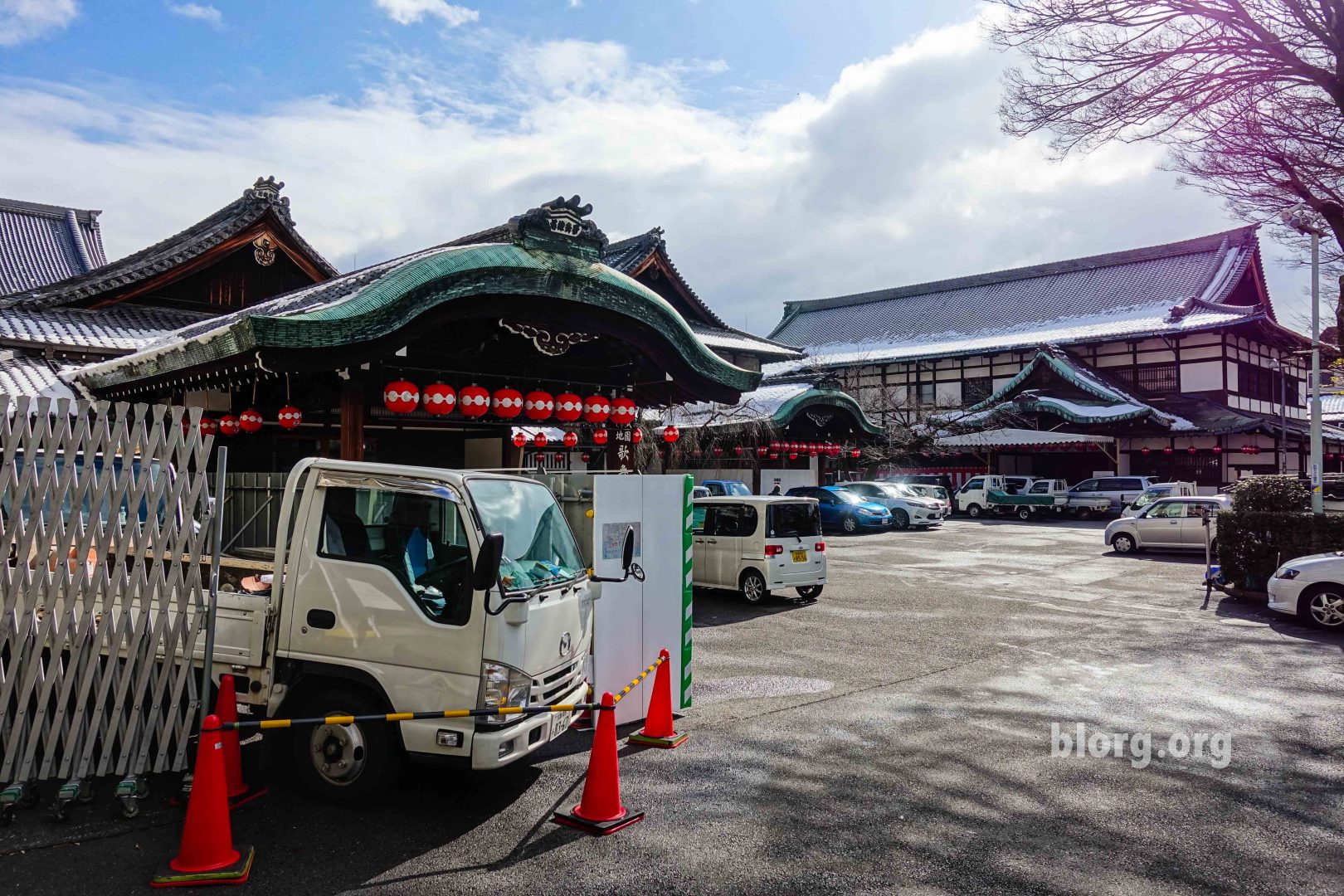 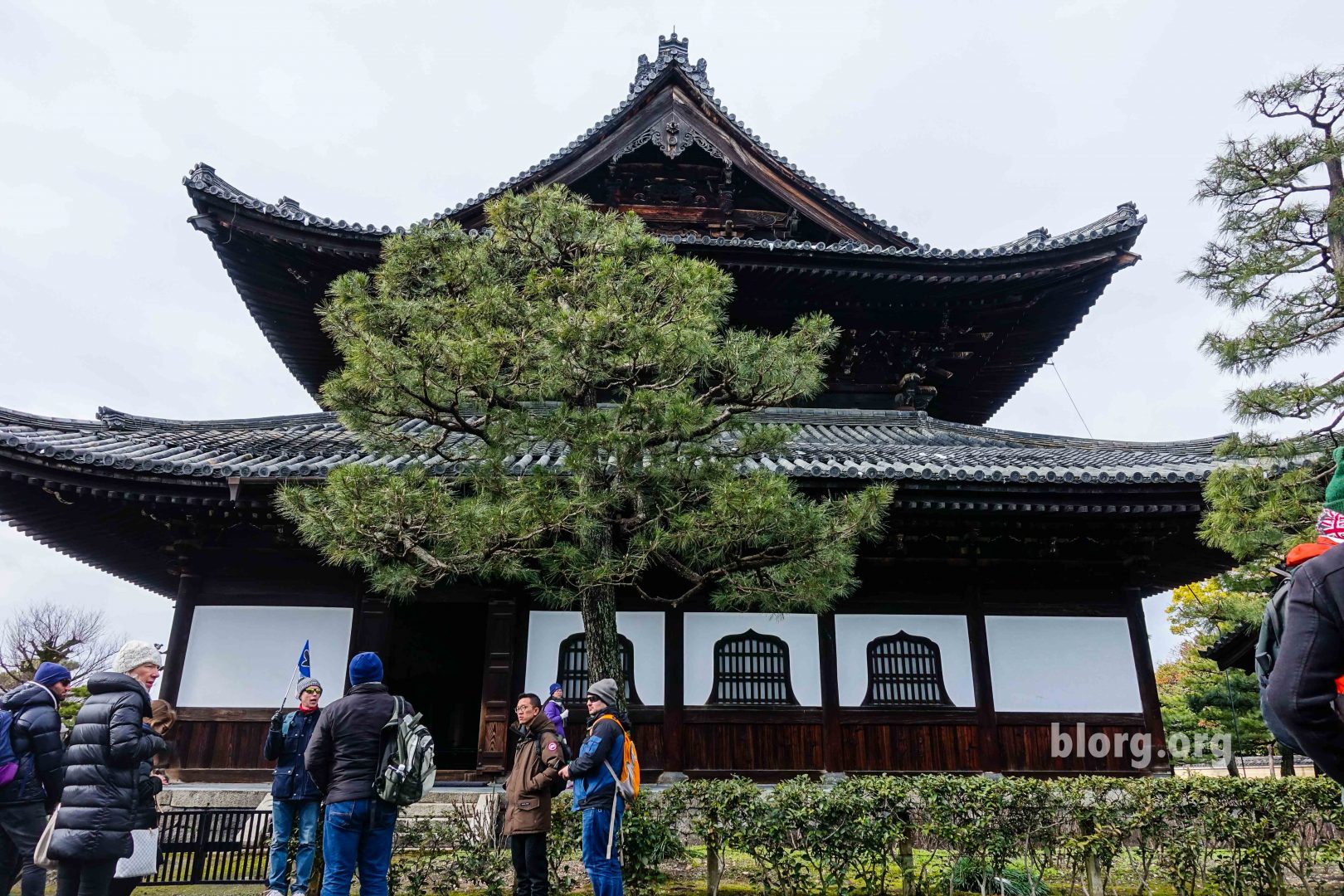 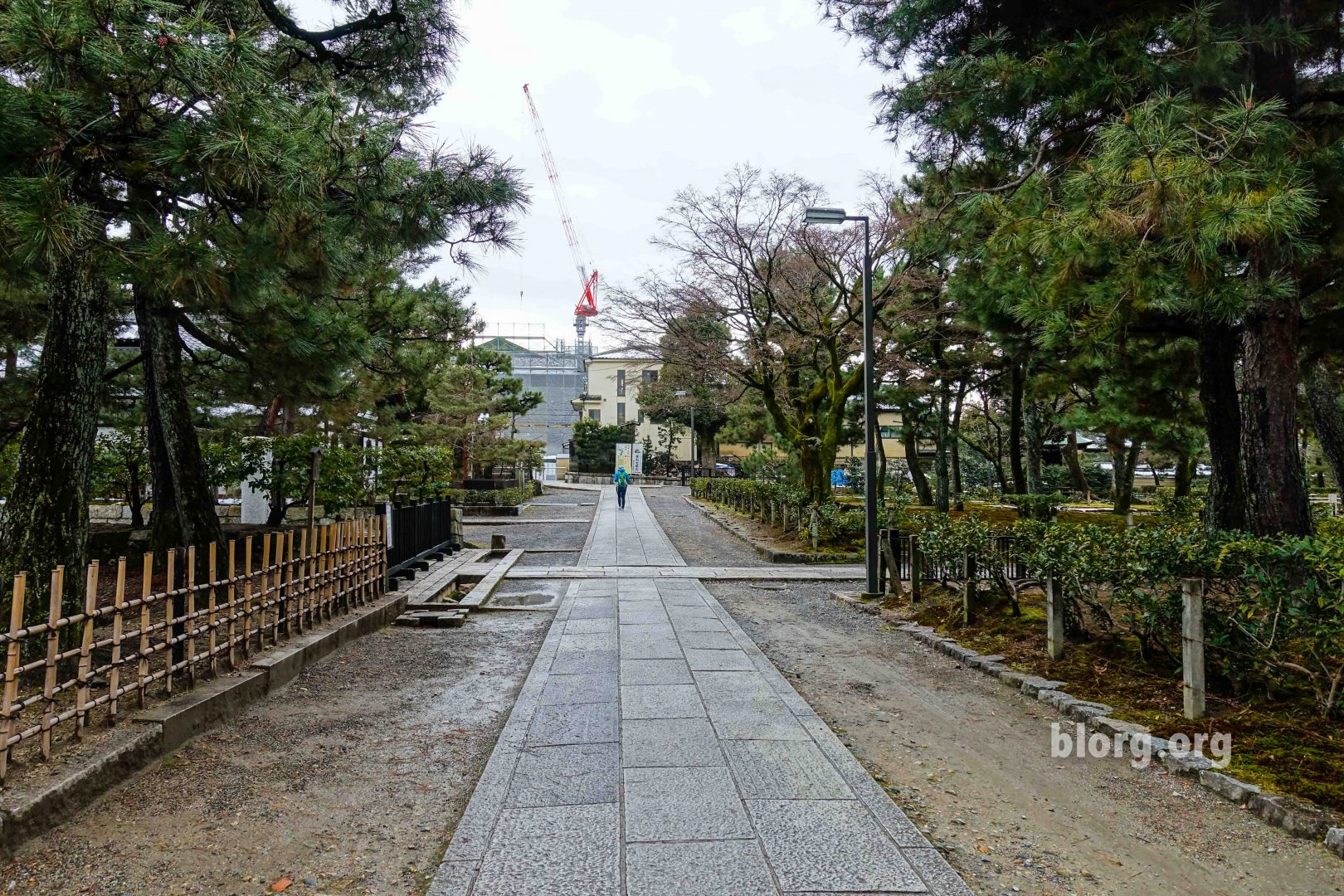 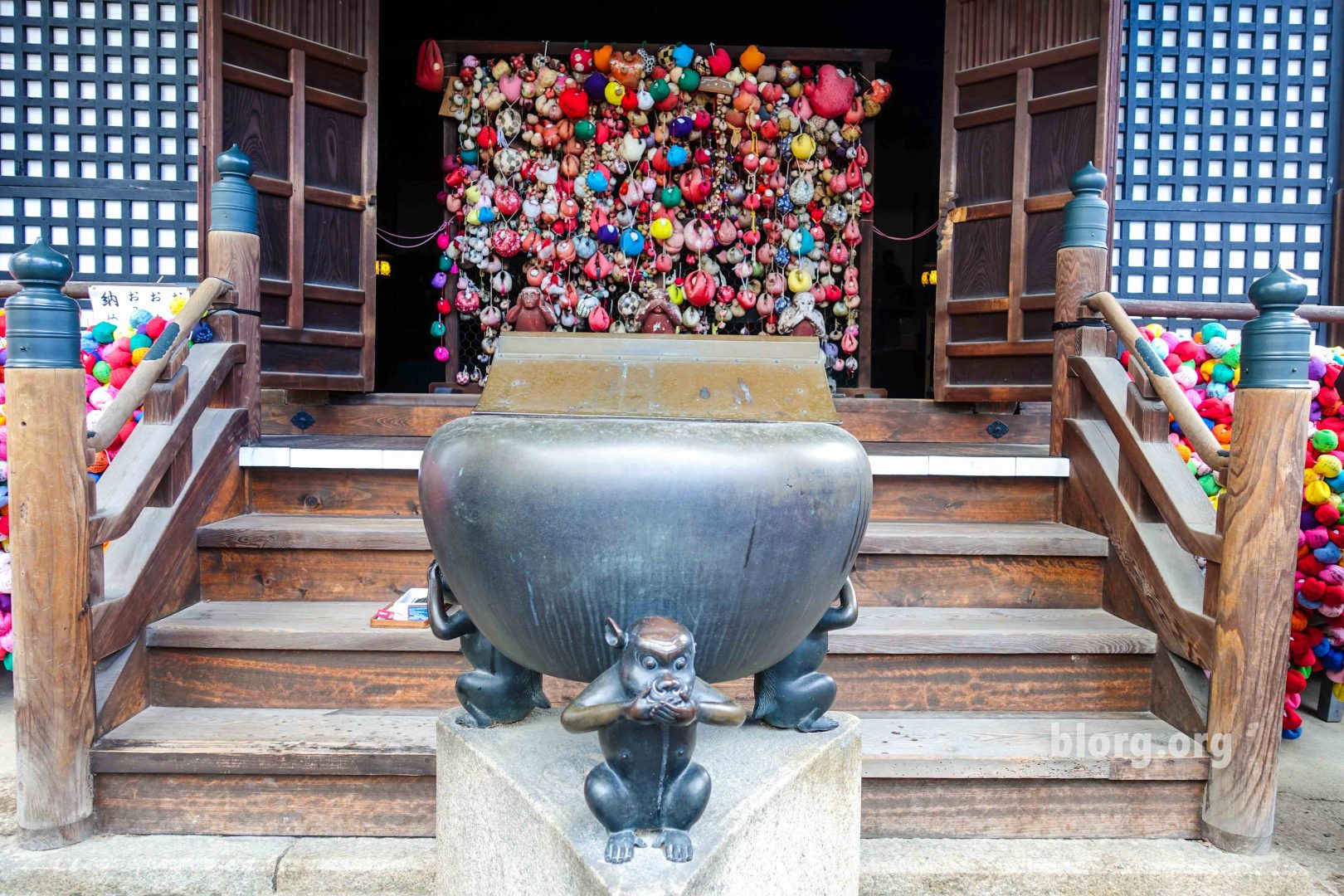 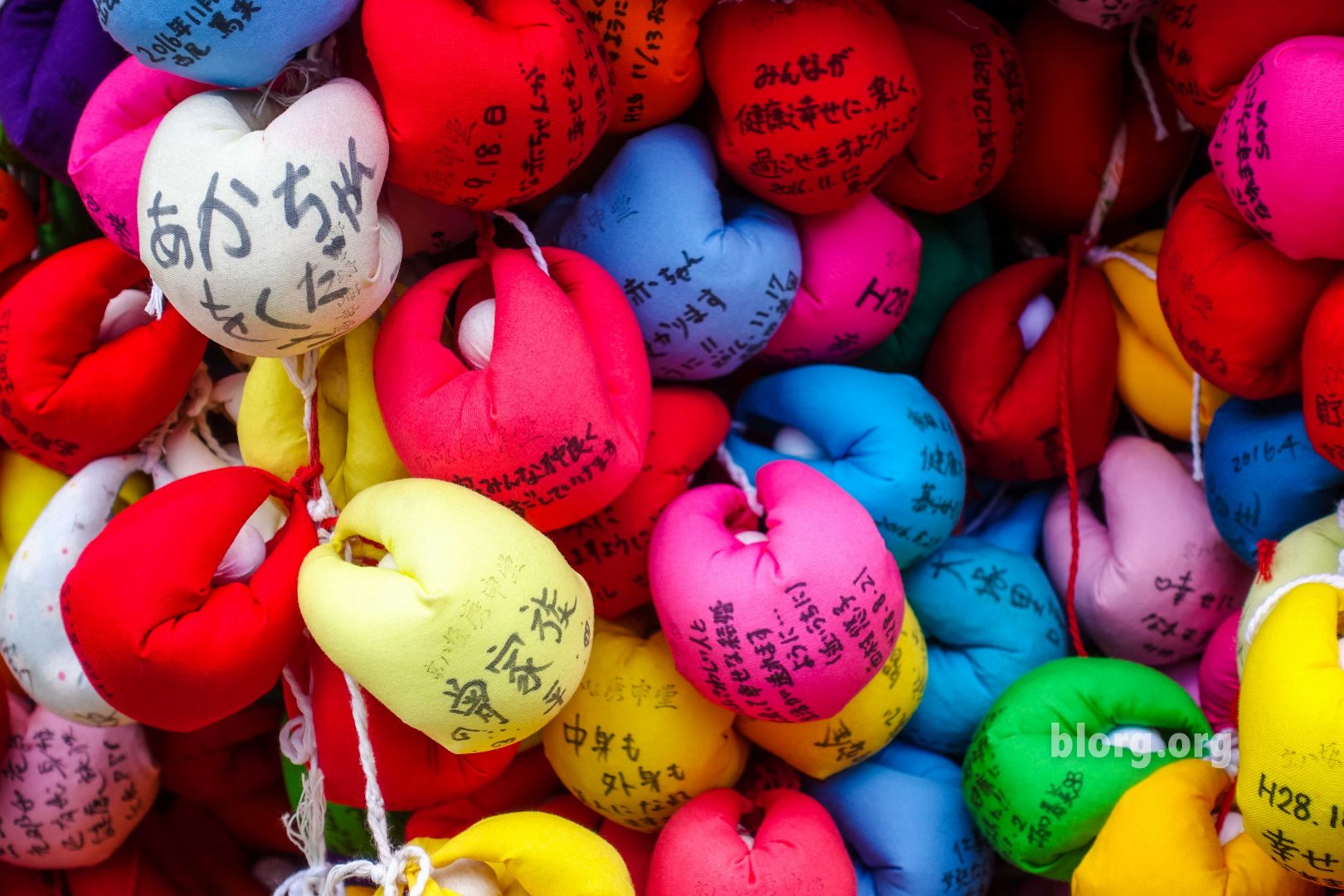 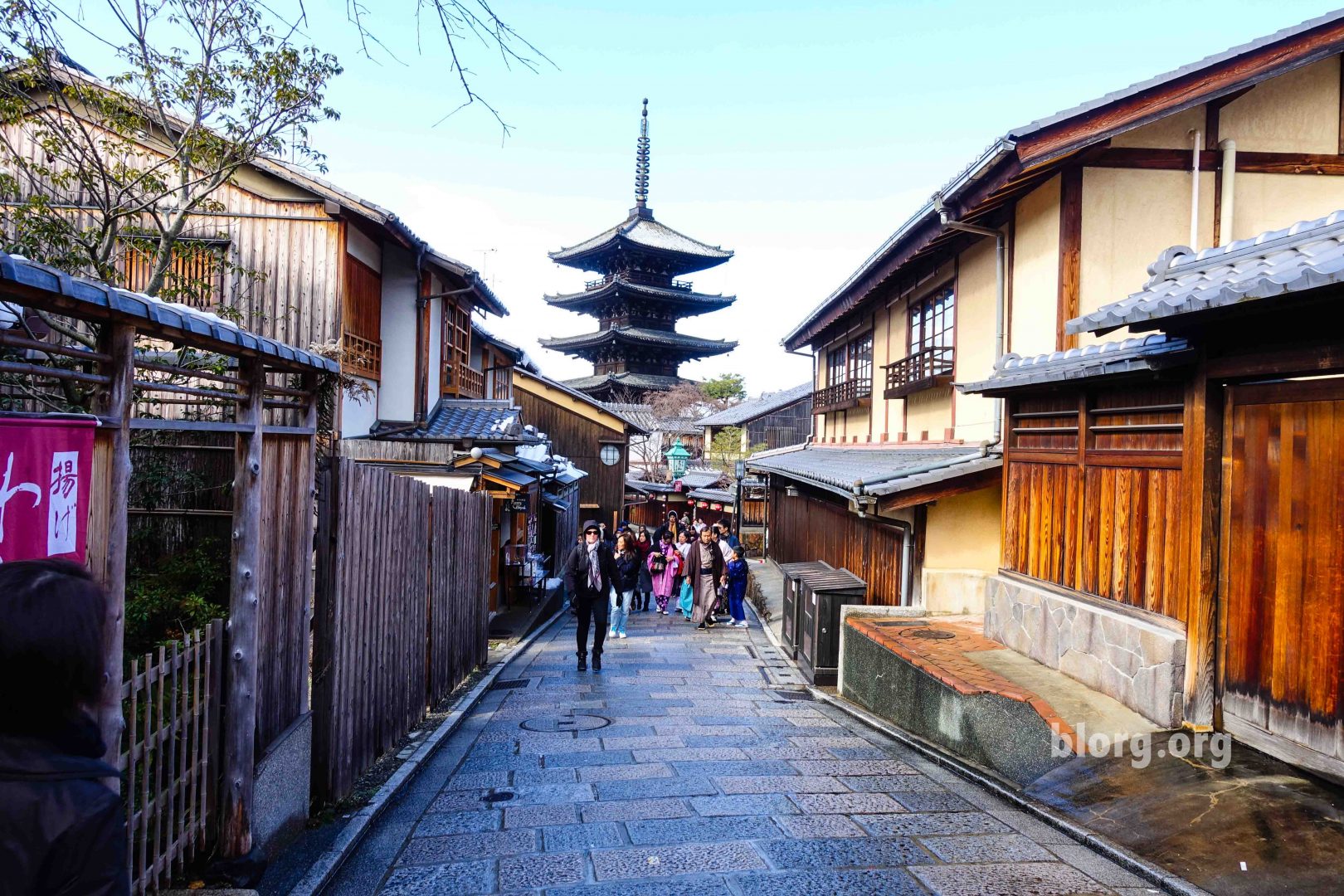 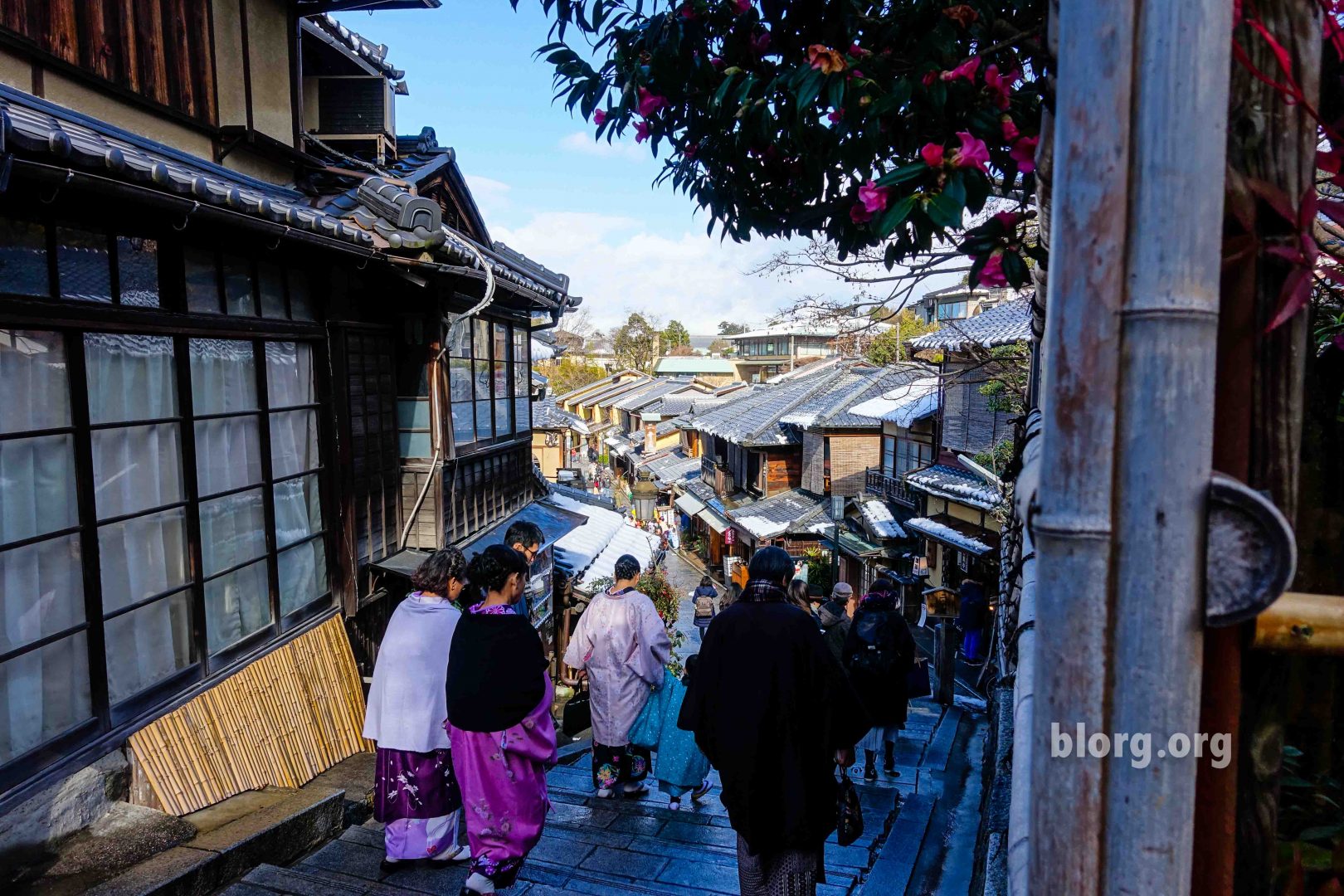 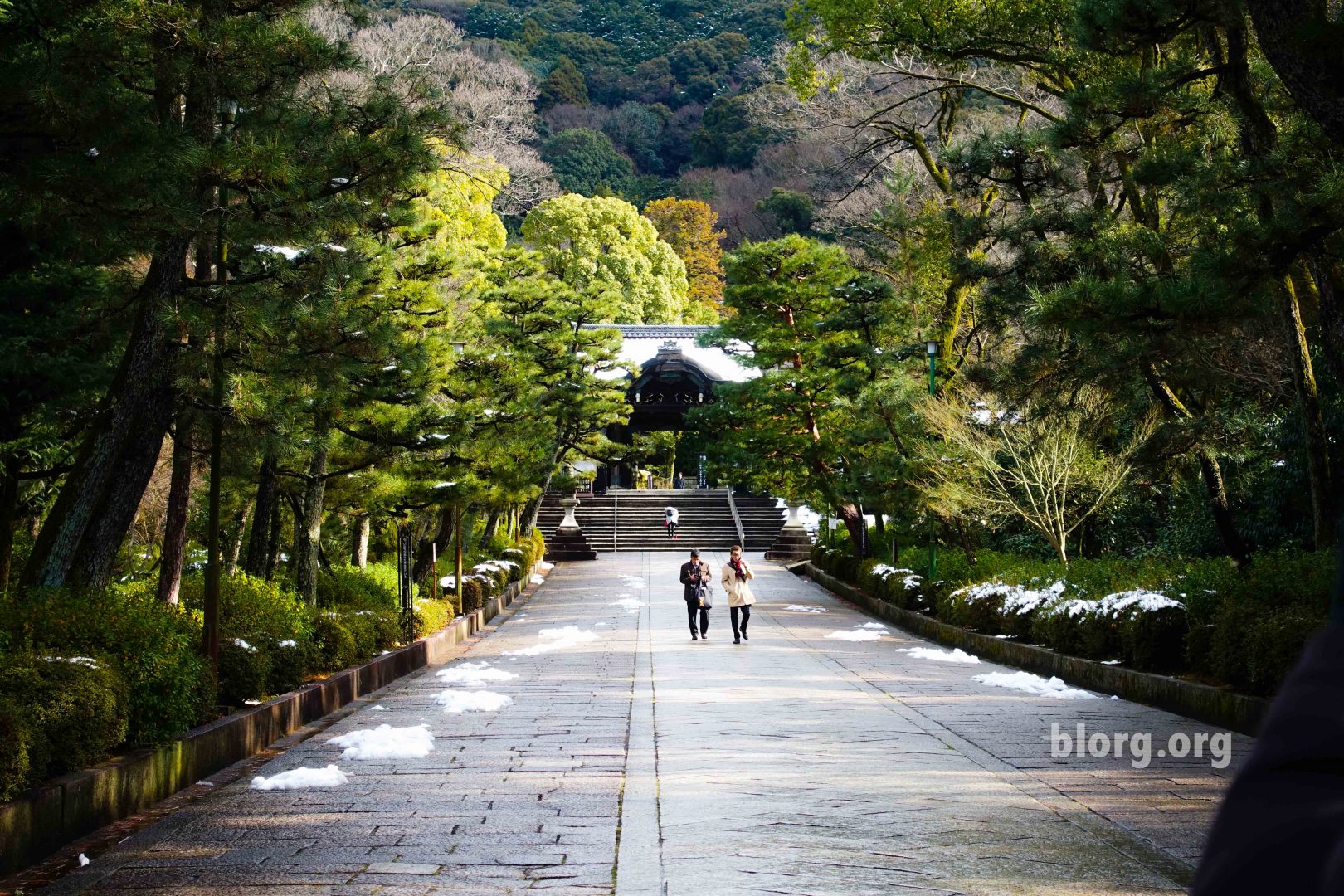 Lots I didn’t know about Geishas (Geiko is the full Geisha and Maiko is the apprentice Geisha that trains for 6 years from age 15 to 21).  Tea houses that have Geishas serve you cost $500/hour/person and you need at least a Geiko, Maiko and Shimasen player which brings you to $1500/hour before even getting drinks or food.

The very grand kimonos can cost anywhere from $5,000-$15,000 USD.  For 1 Kimono!  They’ll typically have about 15 of these things.  One for each month and additional ones for special holidays.  Crazy!  Well I guess if you’re ballin’ you’re going to want to be ballin’.

The system seems flawed.  The girl at about age 15 (they are required to finish middle school before going for employment) goes to random tea houses in Kyoto asking if they know anyone hiring Maikos.  Maiko is an apprentice Geiko.  Geiko is the Japanese word for Geisha.  If the teahouse decides to bring them on as a maiko, the girl is on a trial internship for 6-12 months.  Since the entire apprenticeship is 6 years, the teahouse owner doesn’t want to over invest in a girl who can’t become a good Geisha.  During the entire apprenticeship, the girl is given room & board by the teahouse.  All the profits from the jobs the maiko does goes completely to the teahouse no matter how much work she does.  The maiko gets 4 days off per year around Christmas/New Years.  As a maiko, they have their hair pulled up and tied into the traditional geisha style once a week.  Due to the difficulty of preparing the hairstyle and the stress it takes on the geiko’s head, the hair is prepared once per week.  That means they have to try and keep their hair perfect for the whole week to stay presentable.  That means they can’t sleep on their head.  They have to sleep with some device that hold their neck up and prevents them to sleep on their head.

This life sounds incredibly awful.  As of January 2017, the guide informed us that there were 280 geishas working in Kyoto.  In 2016 that number was 230 so it’s going up due to tourism.  But at the highest point several decades ago, that number was in the thousands.

Teahouses have historically been used as private meeting places for businesses and government.  The rule is what happens in a teahouse doesn’t leave the teahouse.  It’s kind of like Las Vegas.  You show up to Las Vegas with money and you leave without it…because these teahouses are crazy expensive.

As tourism rises, the common tourist wouldn’t know much about how perfect a traditional dance or geisha should look like.  The spend tolerance of a tourist is significantly lower than the going common geisha rates.  A great business idea would be to re-interpret the geisha business model to a more affordable tourist budget to reach a greater audience.  The geishas wouldn’t have to train for 6 years, they’d just have to dress nice and be sociable.  If Luke Skywalker could become a Jedi after a few days, you can become a geisha too!  That would be my advertising idea for acquiring geishas.  But the more I think about this, it’s becoming the Japanese version of Hooters.  There would definitely be a following for that in America.  I’d serve crappy sushi and sake at a high price.  The sake would have zero alcohol content so I wouldn’t have to get a license and I’d see how long I can get away with it before people notice.  1 bottle maximum per person.  In super fine print it would say there’s no alcohol in the sake.  I’d also advertise that the bottle limit is to protect the girls from being groped by drunk customers.  I’d call this Japanese version of Hooters, “Geishas.”  The flagship store will be in Los Angeles and it will have a diverse group of girls from different ethnic backgrounds.  Pretty much the staff from Hooters I talked into working at a place with more clothing.  Or give some strippers a day job.

Back to the idea of Japanese geisha perfection through 6 years of training, I personally think there’s value to a variation of styles.  Because if all the geisha houses acted, dressed and looked the same, then you’re not standing out.  Plus, 6 years is a crazy long time.  People are different and learn at different rates. And if I had the option to have tea with a geisha who only trained for a week for 5% of the full geisha cost, I’m absolutely going for the value.  This would automatically devalue the high priced geishas though so I guess there are practices in place to protect them from such business practices.

In Osaka, there is no UberX.  You can order UberBlack or a Taxi through the Uber app.  Taxis are expensive but the business is protected even though it’s an archaic ideal when ridesharing is more efficient.

Kyoto can be seen in a day, but takes a lifetime to experience. I just made that up because it sounded really good.  Kyoto is a very popular tourist destination and as such, you need a good plan to visit everything in the off-peak hours.  The Backpack Footprint blog has an excellent post on the top Kyoto Destinations