Skip to content
When they announced in late 2013 that they were going to devalue the United award chart, I decided to burn my United miles for my first, first class experience.
I’m not sure why other travel hackers/bloggers prefer AA miles over United (pre-devaluation) since they’re so generous with their routings.  I decided to plan a round trip from Los Angeles to Bangkok and began my planning in November 2013 for a trip in March 2014.  After looking at many, many, different routing options, I decided to do 6 vacations in one week.  I wanted to get a little crazy with the itinerary to see what I could get away with and to maximize the 24 hour connection rule. I also wanted to plan my stays around hotel check-in times.  So I wanted to depart from a city in the morning and arrive in another city in the afternoon.  ANOTHER thing I wanted was to arrive in Thailand just in time to make it to Ko Phangan for the Full Moon Party.  The stars just happened to align and all my bookings worked in one call. (Though there were some hiccups later)
Routing:
LAX-JFK-ICN-KIX-BKK-FCO-MUC-LAX
Final Routing:
LAX-JFK-ICN-KIX-BKK(stop)-FCO(stop)-MUC-SFO-LAX
I was very surprised when the United rep let me route this!!  I know I was being ambitious when I came up with the itinerary and had some expectations they were going to fight me on some of the segments, but it worked!
This is the route United.com will give you if you want to go from Los Angeles to Bangkok: 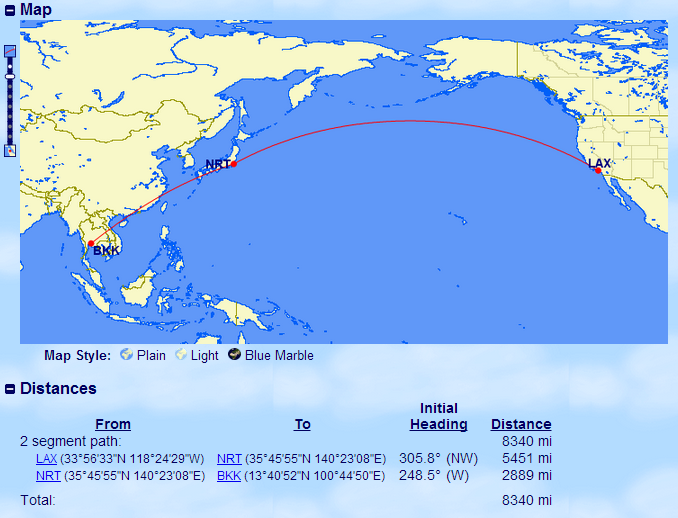 It’s direct and makes sense.  But, I want to go on an adventure!  I also have friends in these cities I wanted to visit too.  So this is my Los Angeles to Bangkok route: 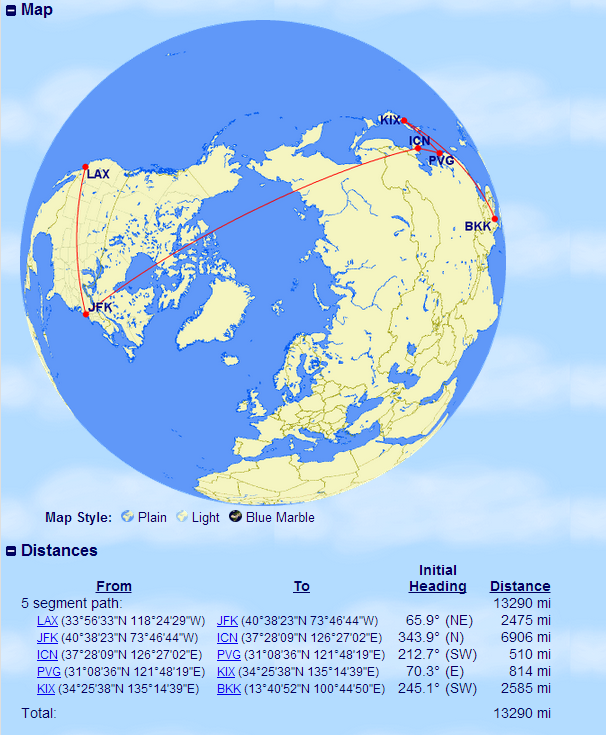 And this is the routing of my entire ticket as I plan to have a stopover in Rome on the way home: 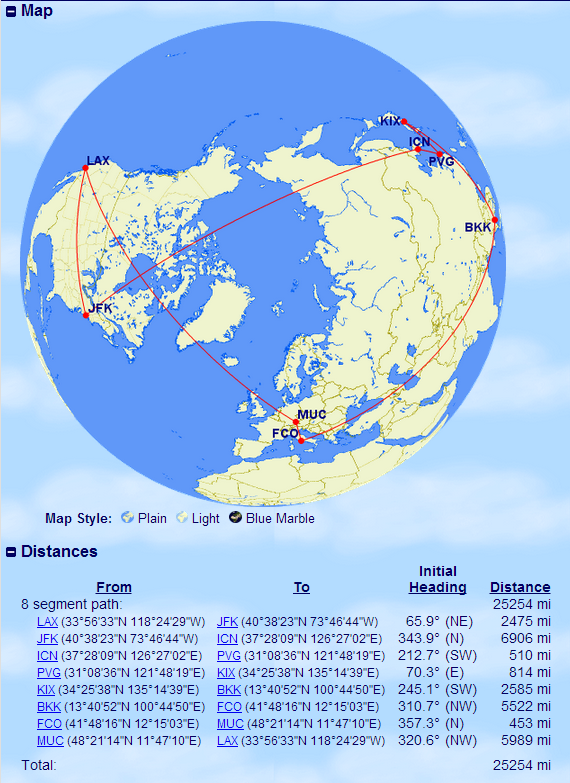 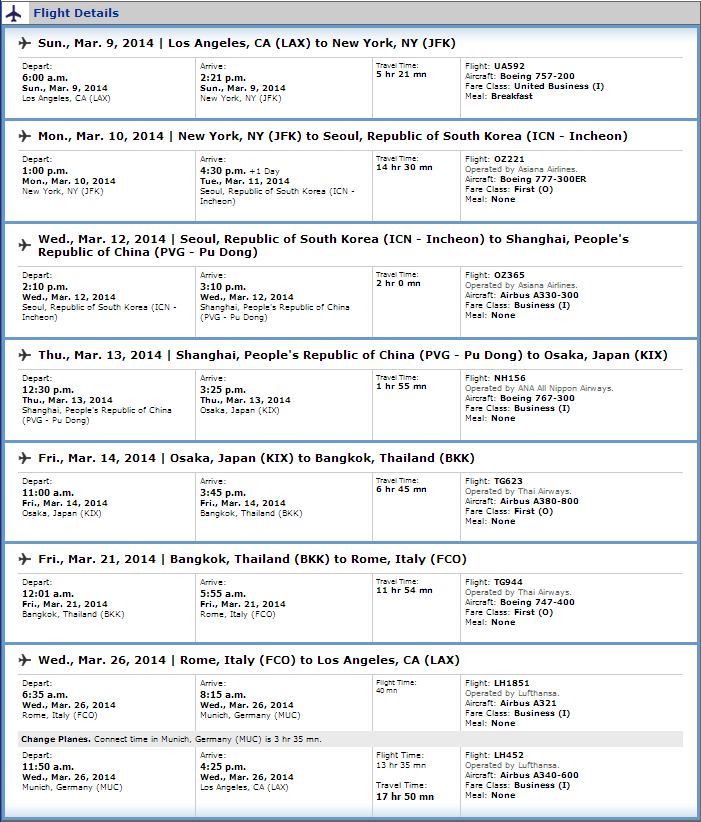 It took about a year to get these miles through credit card sign up bonuses:
October 2012 – 50k miles – United Mileage Plus Personal card
December 2012 – 50k miles – Chase Ink Bold Business card
June 2013 – 40k miles – Chase Sapphire Personal card
As listed above, my departure times line up with the usual hotel checkout times and arrivals line up with hotel check-ins/outs. It was very difficult to rest with jet lag, I couldn’t get more than 3 hours of sleep each night.
Each airport also supported luggage storage (for a fee), I used this service in Seoul and Shanghai.  Since I’ve been to these cities before, I knew it would be very difficult to change from the airport train line to the local subway line with luggage.