I was surprised how expensive hotels are in Dublin. If you’re looking for a place to stay around Dublin city center, expect to pay $250+ per night. That’s just the starting point for hotel pricing, the Radisson Blu Royal Hotel was $400/night…if you used cash. But most importantly, I hope your hotel doesn’t burn to the ground while you’re sleeping.

I chose to use the points option. With the radisson blu royal dublin incident credit card I have, I get 40,000 Reward points each year I renew the card but I pay the $75 annual fee.

A few hours after I checked-in, I went to sleep and was abruptly awaken by a very loud fire alarm test.  Lights were flashing in the room and they announced that it was only a test. This is the first time I’ve been in a hotel where this has happened.

Early the next morning, I’m abruptly awaken again by a very loud fire alarm and flashing lights. There was no announcement about this being a test. I quickly dressed, picked up my cell phone, wallet, passport and ran out of the building. The rest of my belongings remained in the room because I thought this was a real fire. radisson blu royal dublin incident. 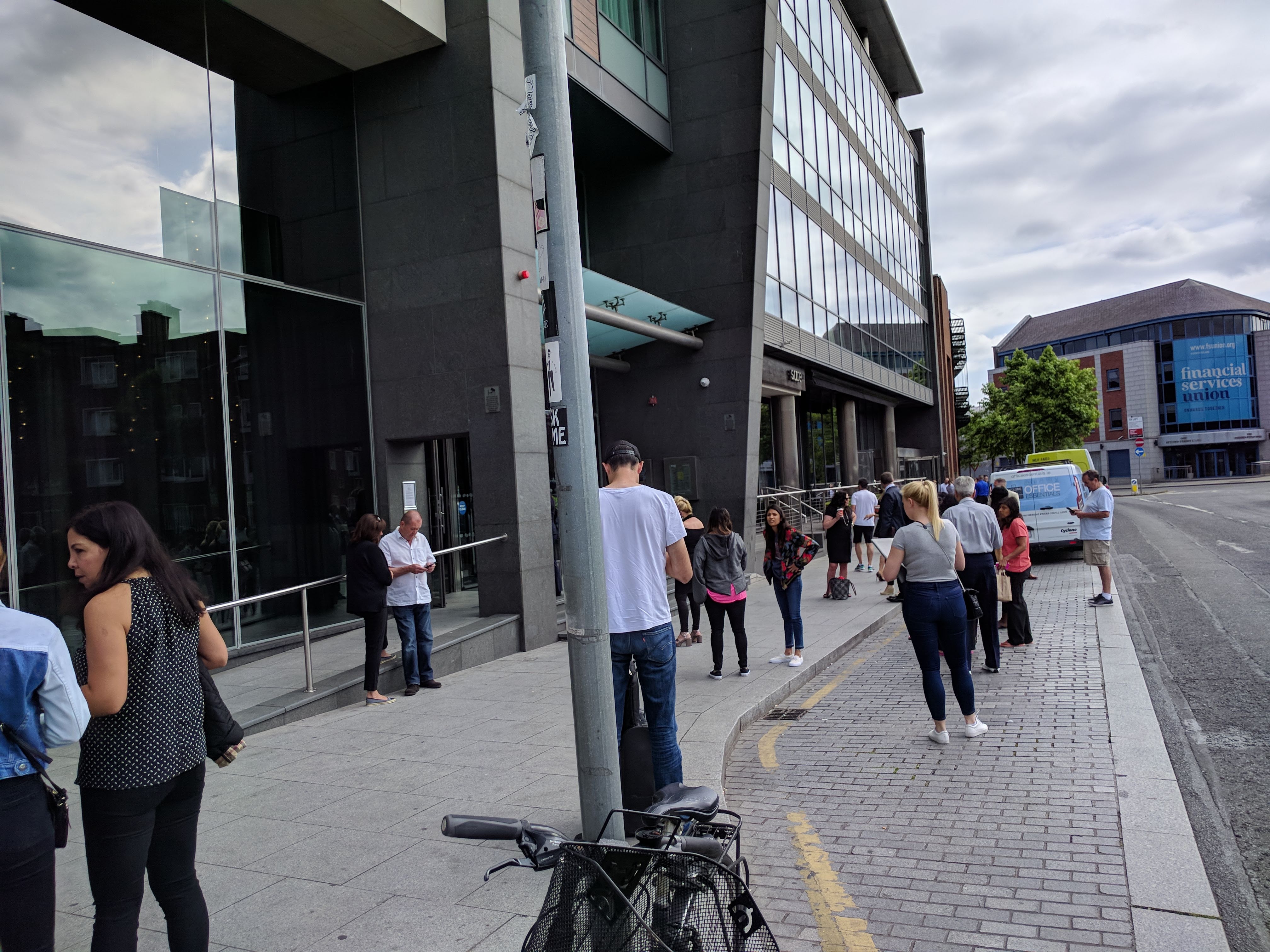 Radisson blu royal dublin incident At first, there were only a few people outside. I knew there had to be more people at the hotel…and there were! People strolled out over the next 15 minutes. The alarms were so loud so I don’t understand how people could survive in the hotel with that level of noise. 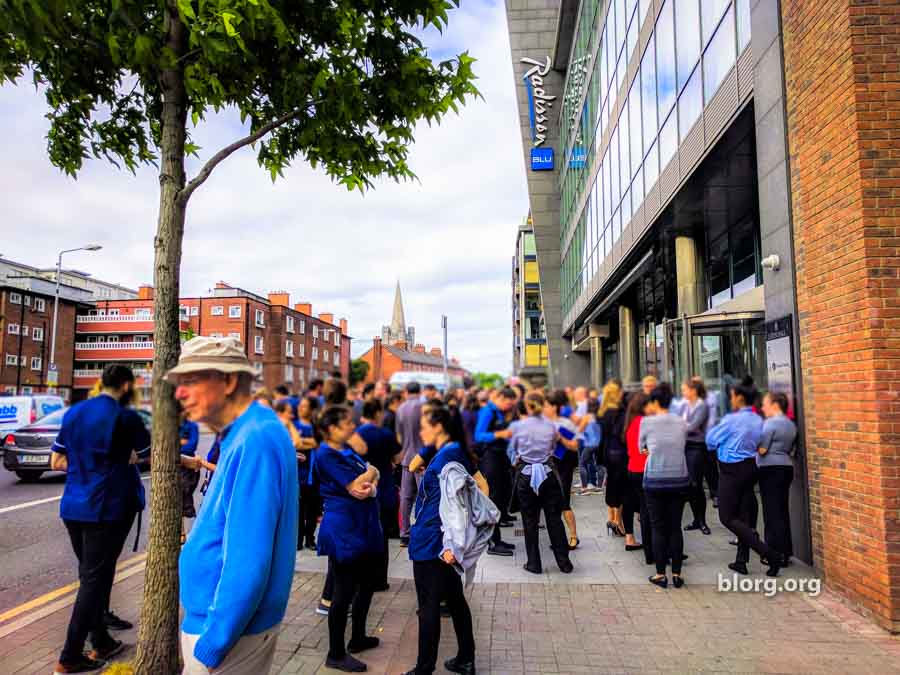 Of course, there was no fire that I could see. Maybe a gas leak? After waiting outside for 30 minutes (it was summer but still pretty chilly in the morning) they announced we could go back inside. They said a nearby building had a small fire which triggered their alarm.

I’m happy to be alive, but irritated that my life wasn’t really in danger. I ran out of the room for my life thinking I might have to jump through fire to get out. I was jet lagged and needed some sleep since I was awake for about 50 hours. At this point, I wanted to at least see a small fire so I knew the effort I put into my survival was worth it. I’m not sure if anyone else had mixed emotions about the event.

An apology at check-out after complaining about being awoken instead of letting me potentially being burned to death in my sleep.