When you’re staying in a hotel that costs $400/night, you’re going to have really high expectations. This review will show you what you get for that price at the Radisson Blu Royal Dublin.

After surviving through the cold Wow Air flight, stopping in Dublin for 19-hours and powering through the Dublin airport I was finally at my destination with a comfortable bed waiting for me. Unfortunately, it wasn’t ready yet.

I arrived at the hotel at noon but requested an early check-in. As a Gold member with Radisson Rewards, you have that as an amenity…which I absolutely take advantage of.

The receptionist informed me to come back in an hour and the room would be ready. I happily agreed and asked where I could get the best Irish meal nearby. She pointed me in the direction of a top rated place and I made my way there for my first Irish meal.

Before getting to the room, the receptionist said she upgraded me to an executive business class room.  When I got there, it was a regular looking room. 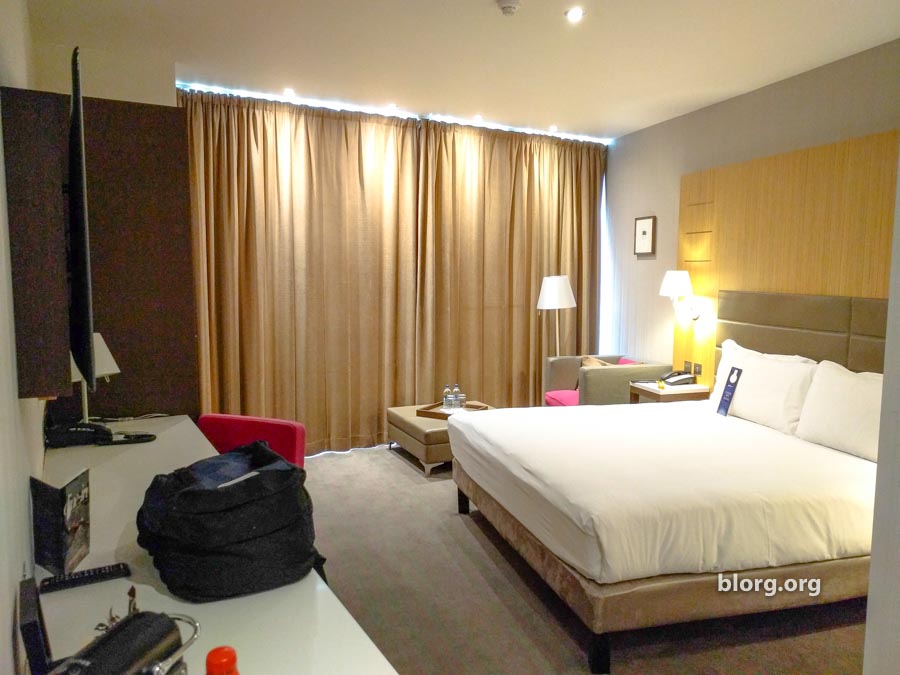 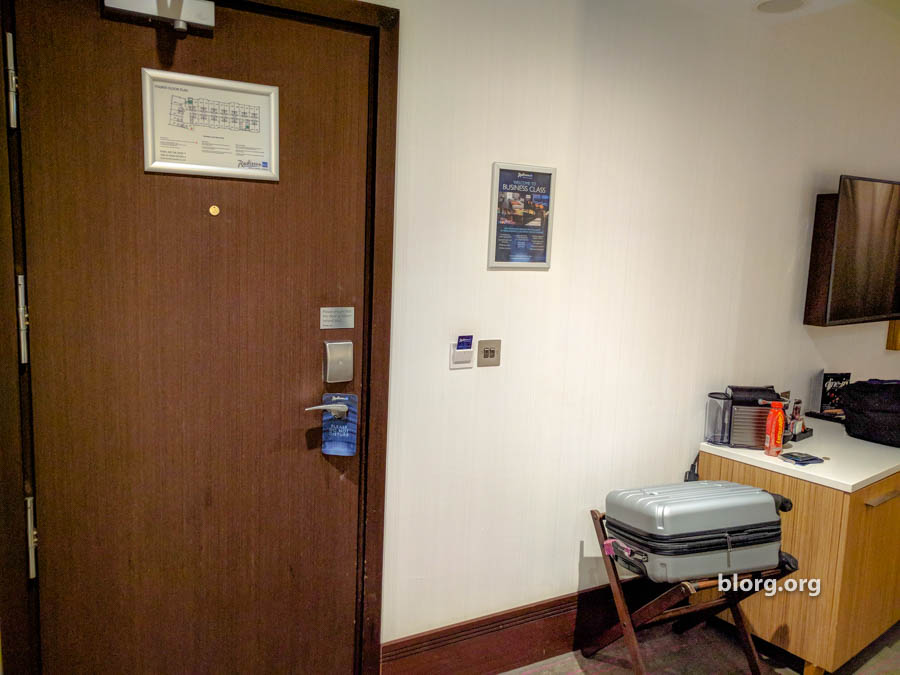 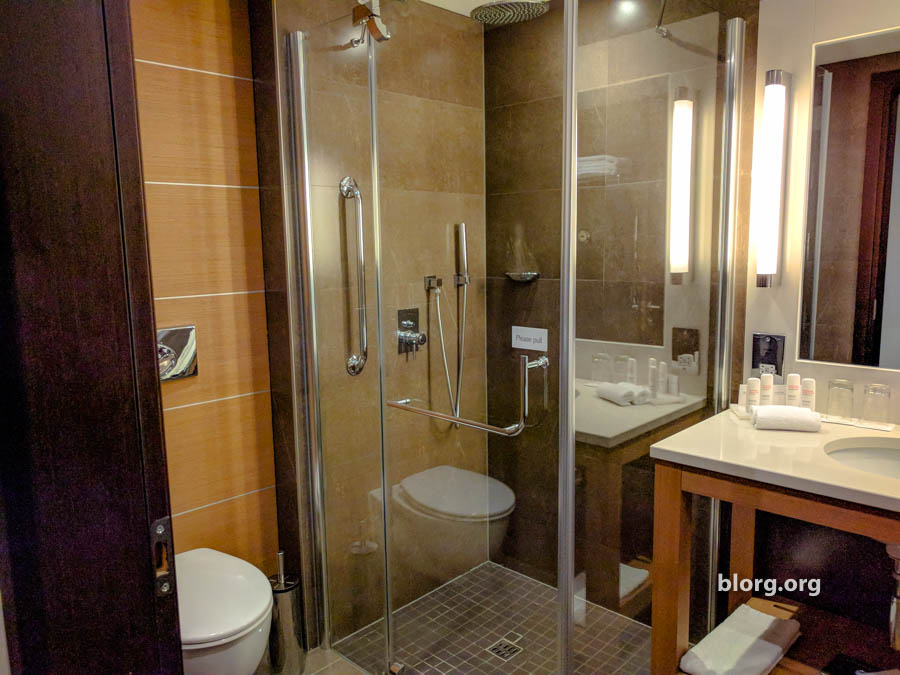 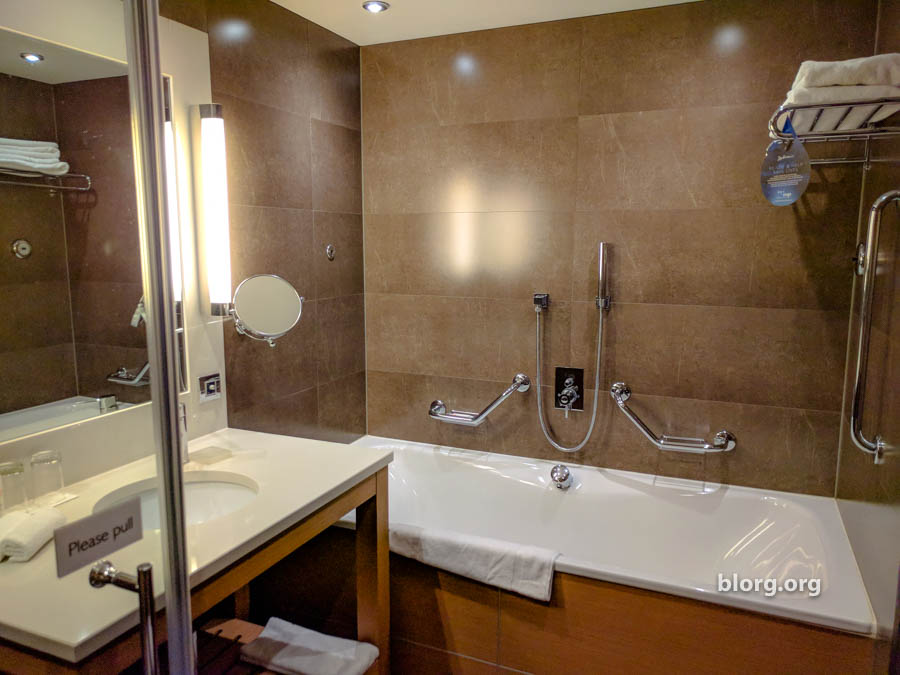 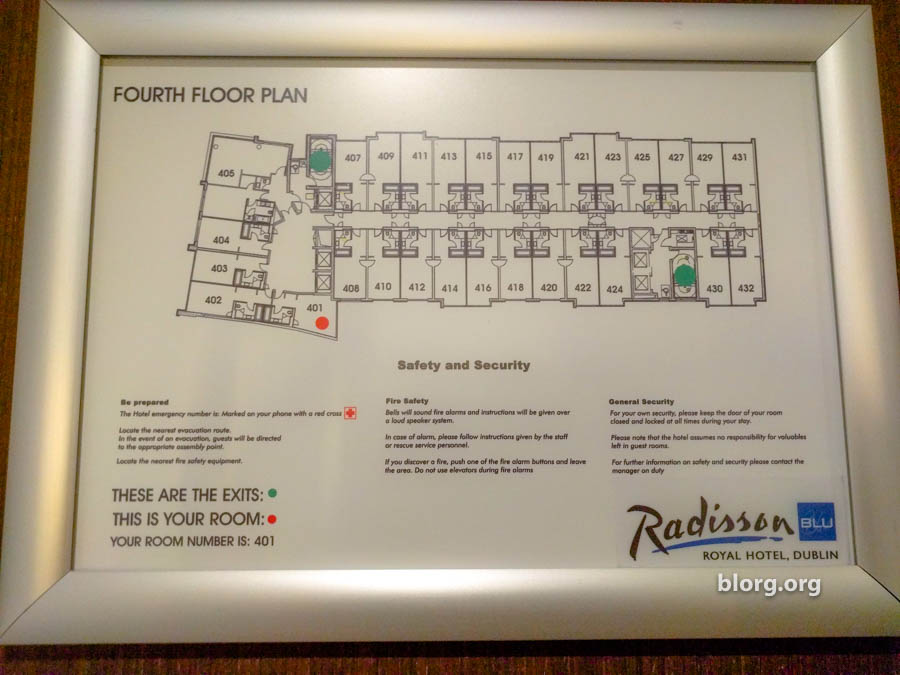 Breakfast was served from 6:00-10:30 and in the classic Radisson buffet style. I only eat at hotel breakfast buffets when it’s included and even then I don’t eat much of the free food. It’s normally pretty basic eggs, sausage, bacon, toast and bread…but at this Radisson Blu there was something different!  They had waffles! It happened to be the really sweet dessert waffles, but I threw it in the toaster anyway and heated it up. Delicious. 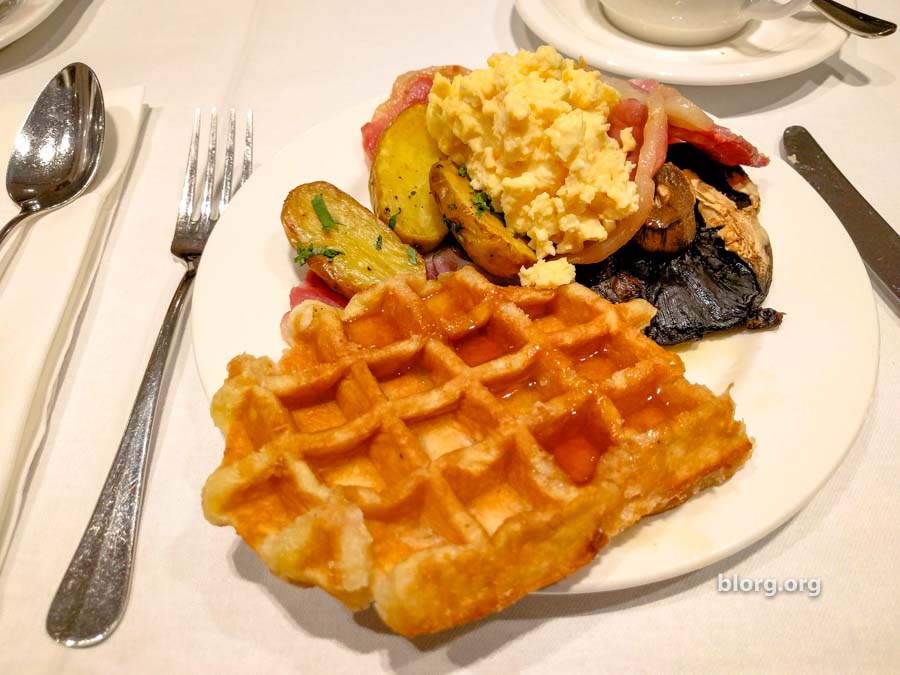 They also had servers bringing out coffee and other breakfast drinks. I think I’ve only seen this at the higher end Radisson hotels…even though it’s still mediocre. For reference, Hyatt, Starwood, Marriott and Hilton do things at a much higher quality level.

On my way out of the breakfast buffet, I picked up a granola bar to-go. At some hotels, they tell you not to take anything from the breakfast area. I wasn’t sure if it was okay or not…so I went for it anyway. As I was walking out of the eating area, an employee standing at the exit says something to me. I have no idea what he said. I’m not sure if it was even English. Some Irish people have a very thick accent that I’m not used to hearing.

I responded with a very aggressive “What did you say to me?” I realized this sounded aggressive right after the guy responded. He slowly and politely said “Have a nice day.”

When I’m jet-lagged, I can only sleep a few hours before waking up again and having a tired day. To resolve this, I try to exercise so much that my body has to sleep to recover.

The hotel advertises that they have a fitness center. They do not. They have a PARTNERSHIP with a NEARBY fitness center (Iveagh Fitness Club) which is only open from 6am-10pm. 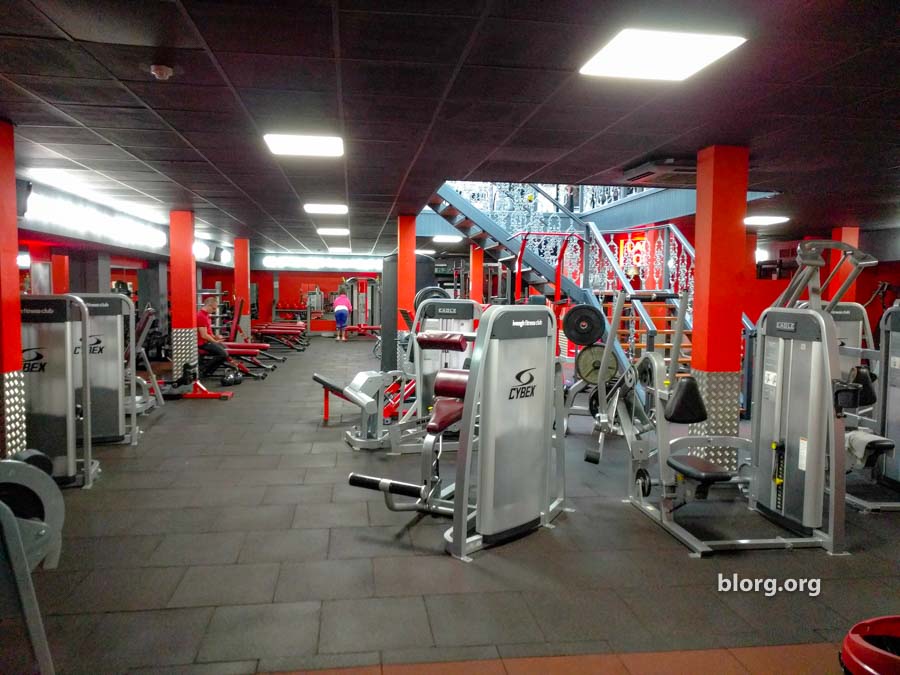 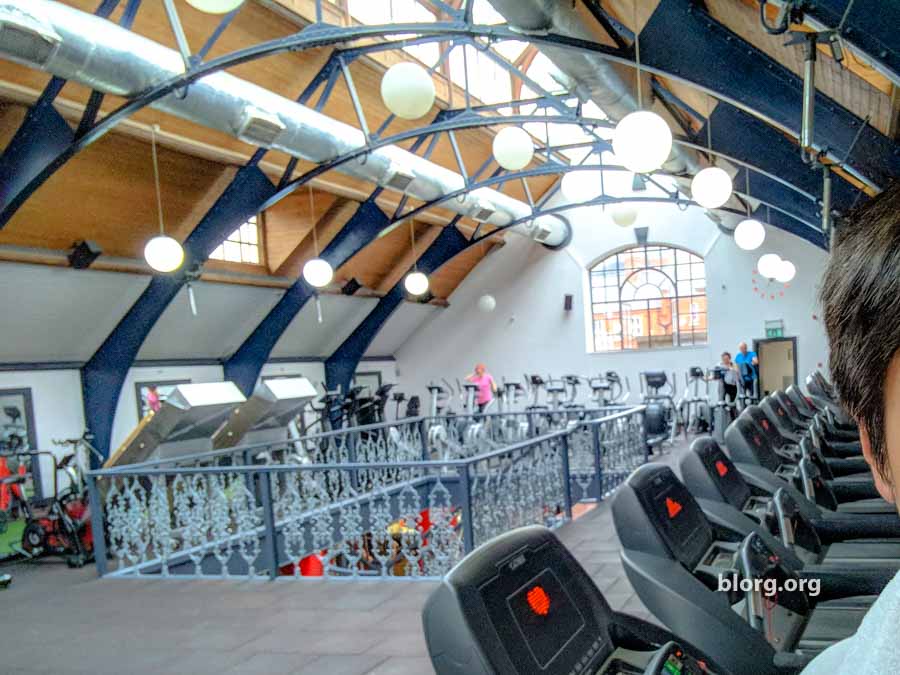 Avoiding Being Burned Alive At The Radisson Blu Royal Hotel

Well, long story short, I survived. You could probably tell since I’m alive to tell the tale via blog. Plus if you’re a consistent reader, I posted about it last week: