After arriving in Iceland from Los Angeles, I had 19-hours to kill before arriving continuing to Dublin.  The plan: Rent-a-car, hangout in the Blue Lagoon, eat at Habibi, sleep in the car and then go to the airport.  Most of that plan failed.

How To Spend A 19-Hour Layover Iceland

Well, thanks for reading. I did not do this layover successfully but I can tell you what went wrong and how to prevent it.  First of all, you can’t prevent bad weather.

Watch Out For Weather

layover Iceland | I arrived in Iceland at 11am on a chilly summer morning. It was cold and rainy the whole time. At one point, it started hailing. Ice was falling from the sky and my Los Angeles sensibilities said, “Don’t go outside, you’ll die.” That’s what happened. I mostly stayed indoors. 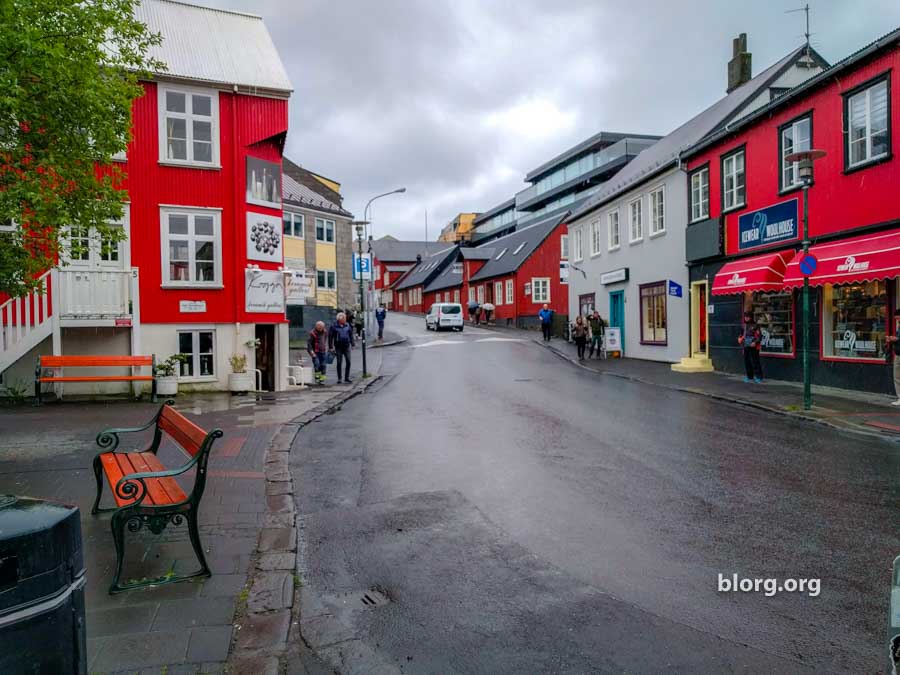 The real plan was to enjoy the summer weather and fly my drone around the city and beautiful Iceland landscapes. Can’t fly a drone in the rain/hailstorm. Dang.

Okay, on to the next plan. To eat at Habibi. It’s a mediterranean restaurant that I loved last time I was in Iceland (4 years ago).  After making the 40-minute drive in my rent-a-car, finding free parking in downtown Reykjavik (the trick is park far!) and then making the walk to Habibi…it was closed and replaced by another restaurant.

Okay! On to the next plan. Get something to eat. I need food because I only ate a protein bar on Wow Air rather than letting them price gouge me $20 for a cold sandwich. There were plenty of restaurants in downtown and I ended up at a nice breakfast place for soup and a latte. 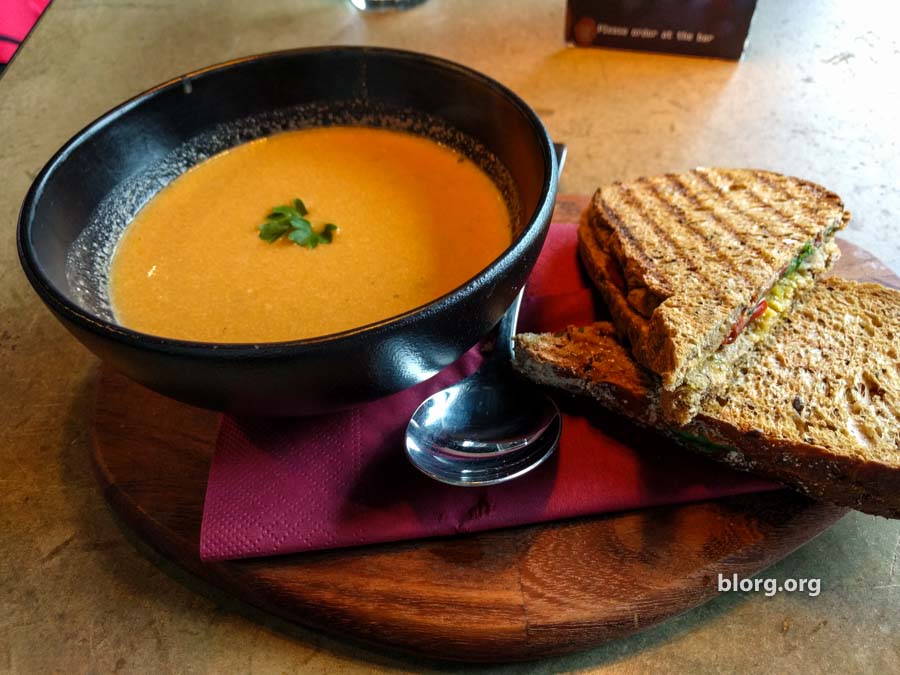 I really wanted to go to Blue Lagoon. It’s very relaxing.  Unfortunately, I didn’t buy tickets in advance and they sold out for the day.  I still tried to go anyway but the only way I was getting in was if I bought the $550 premium package.  The regular ticket is about $70.  I decided to save the money and not go. 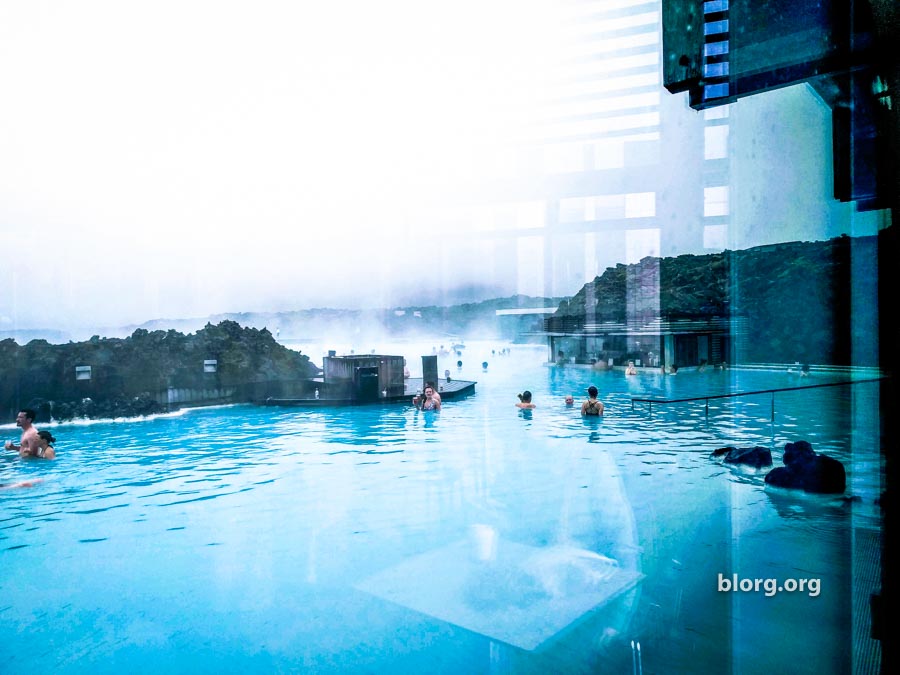 Blue Lagoon was packed with tourists anyway. There was very limited parking outside as buses of tourists continued to come in. I knew this because I tried sleeping in the parking lot. Sleeping was not possible with the noise even though I had earplugs and haven’t slept in a day. 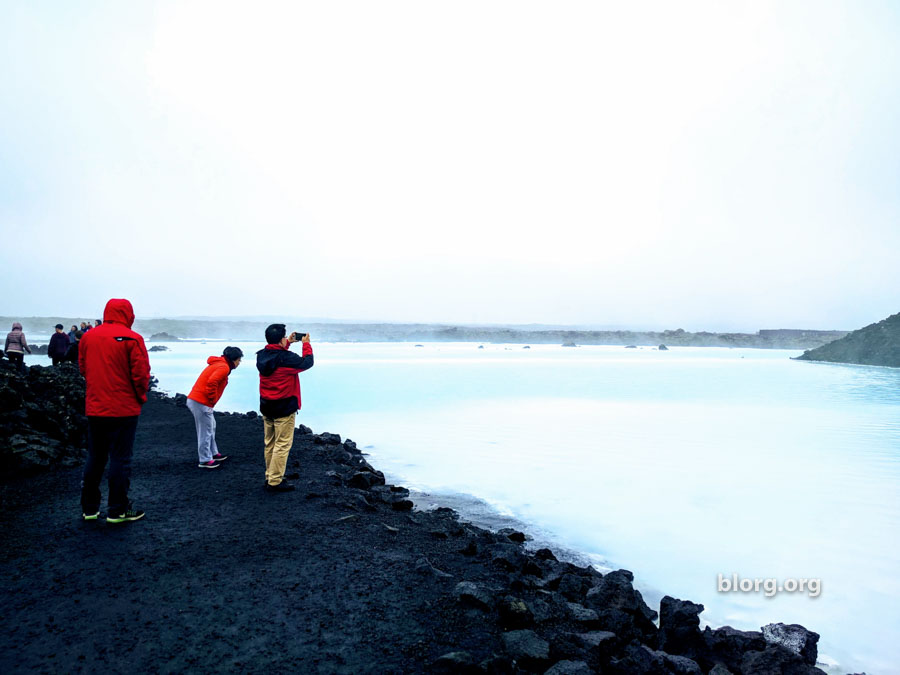 Soup is really good in Iceland

Since Blue Lagoon was no longer a possibility for this trip (I did consider changing my plans but it was going to be too expensive), I went to improve my mood with a good meal.  I spent $50 on 2 soups.  Why? Because Iceland is expensive. 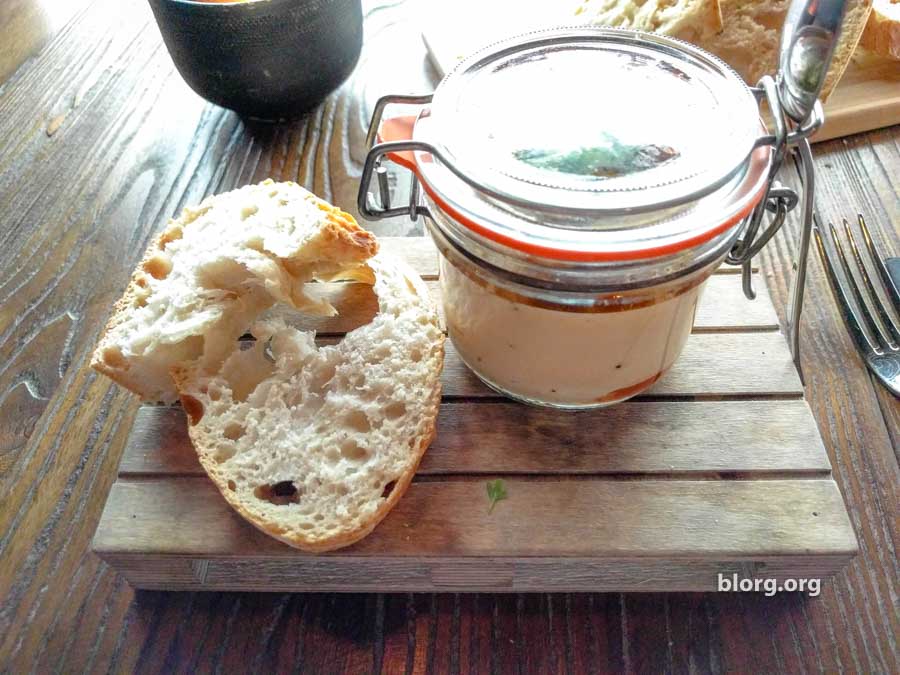 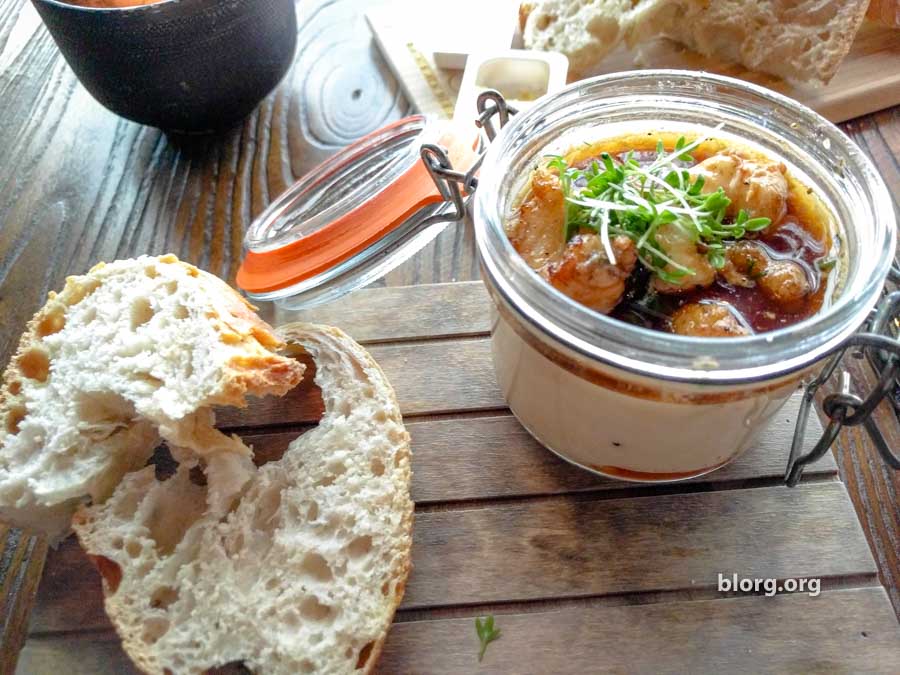 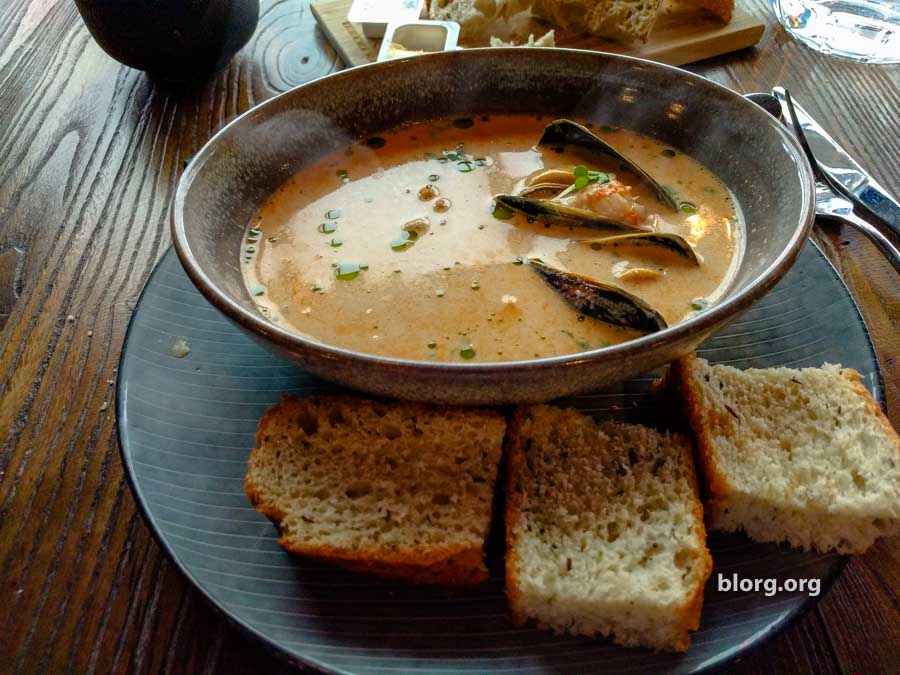 The Journey To Sleep

I couldn’t find a nice place to park my car and really sleep. Even though Iceland is safe, my lack of sleep made me super paranoid being anywhere that wasn’t quiet and protected. I ended up trying to sleep in my parked car at a KFC because I couldn’t drive any more.  It was 9pm and they were closing soon so, I decided to try out KFC because they were also a Taco Bell! 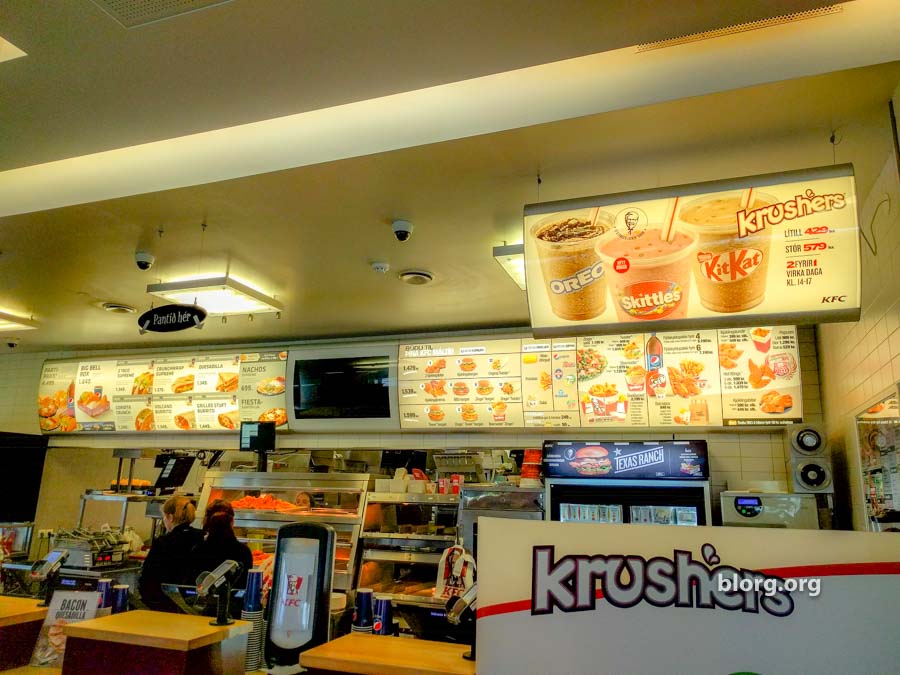 As you can tell by the pictures, the food was crap. 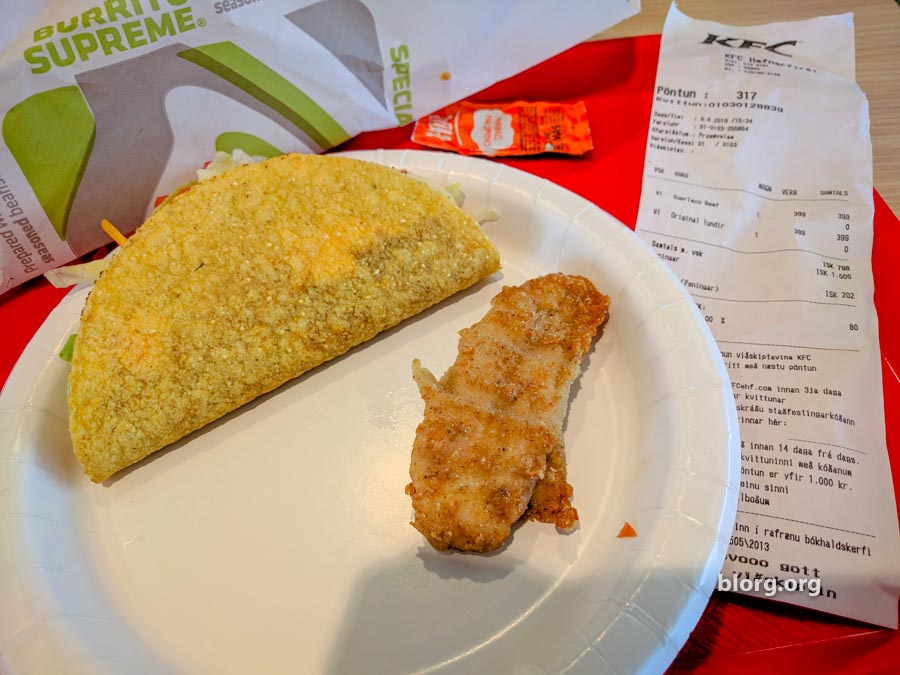 The taco was $4USD and the piece of chicken was $4USD.  It was served on a disposable paper plate.

Everything is expensive in Iceland

The pricing is on par with the very hip parts of LA. Approximately:

I won’t try this plan again.  Things would have to be very convenient and well planned if I did try again.  My initial plan was to go to Habibi and get a delicious Mediterranean wrap that I loved last time I was here, but they closed down. I wasn’t brave enough to try the local Icelandic food. Then the plan was to go to Blue Lagoon but they were sold out for the day.  Lastly, I really wanted to fly my drone and get some awesome shots of Iceland.  Unfortunately, it rained the whole day.

TLDR; If it costs less than $200 for a direct flight to your destination, do that. You’ll have more energy to travel at the destination you want to be in.  Also, pre-plan things that have tight timeframes. Iceland is expensive.