Wow! This flight was budget. I got a one-way ticket from Los Angeles to Dublin (with a 19 hour layover in Iceland) for $330.  That price included seat selection (7A window seat), priority boarding and a carry-on bag.

Experiencing Wow Air: Why Do it?

Well, I really wanted a layover in Iceland so I can hang out at the Blue Lagoon.  The in-flight magazine said a pre-booking was mandatory. I did not do that but I’ll still try to walk in.  Besides the layover, my last trip was 7 months ago (5 weeks in Japan).  It’s been awhile since my last flight so I’ve been mentally preparing for the pain.

Prior to boarding they required all carry-on luggage be verified for the size restrictions. Super strict, but at least they were loose about checking the personal bags.  Everyone had to go to the desk and verify the size of their luggage. If they passed, they would get a luggage tag. 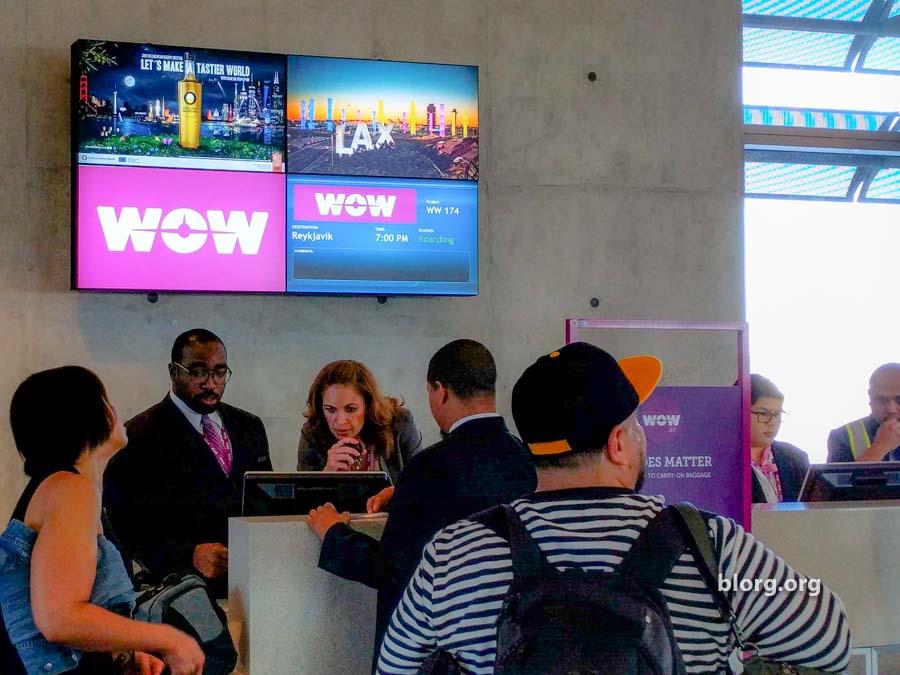 Boarding started at 7:50pm and we left the gate by 8:20pm.  Even though the flight was delayed, lots of people were lined up waiting the whole time. 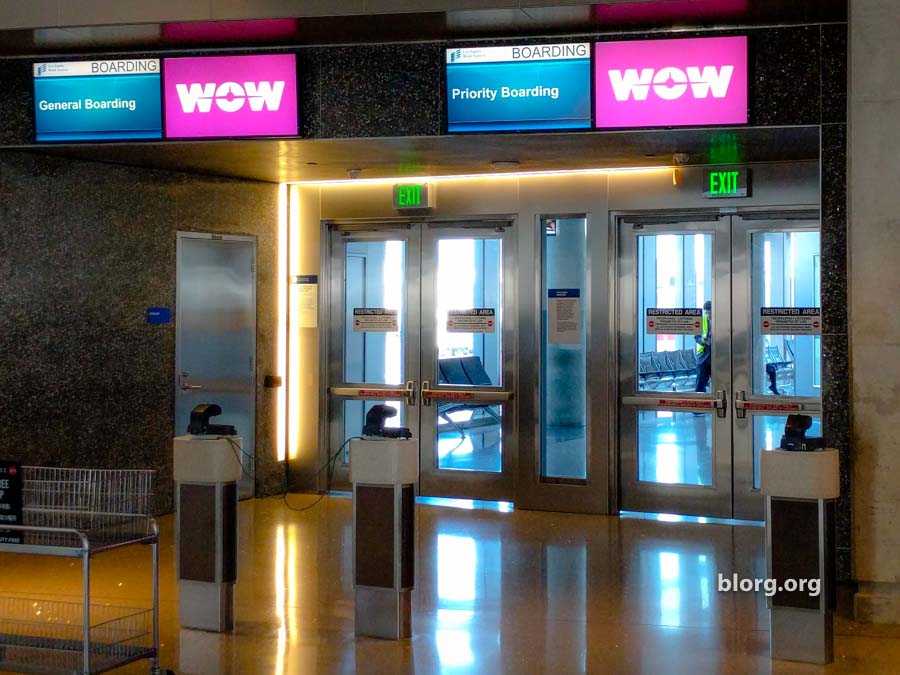 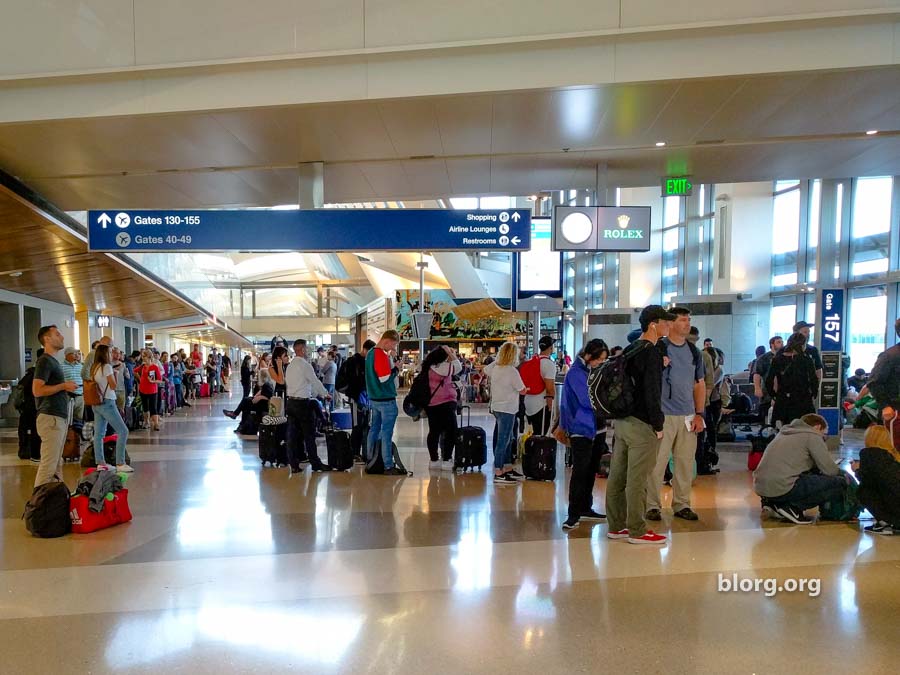 A Budget Airline: Prepare to Pay

This is an absolutely budget airline.  Meals, drinks and in-flight entertainment are not included in the price.  I also knew that prior to booking.  The only thing I ended up purchasing during the flight was a 500ml bottled water for $3.29USD.  I rationed my water for the flight and ate one protein bar.  I ended up making it through the 8.5 hour flight without having to get up to use the restroom.

I brought my own in-flight entertainment. 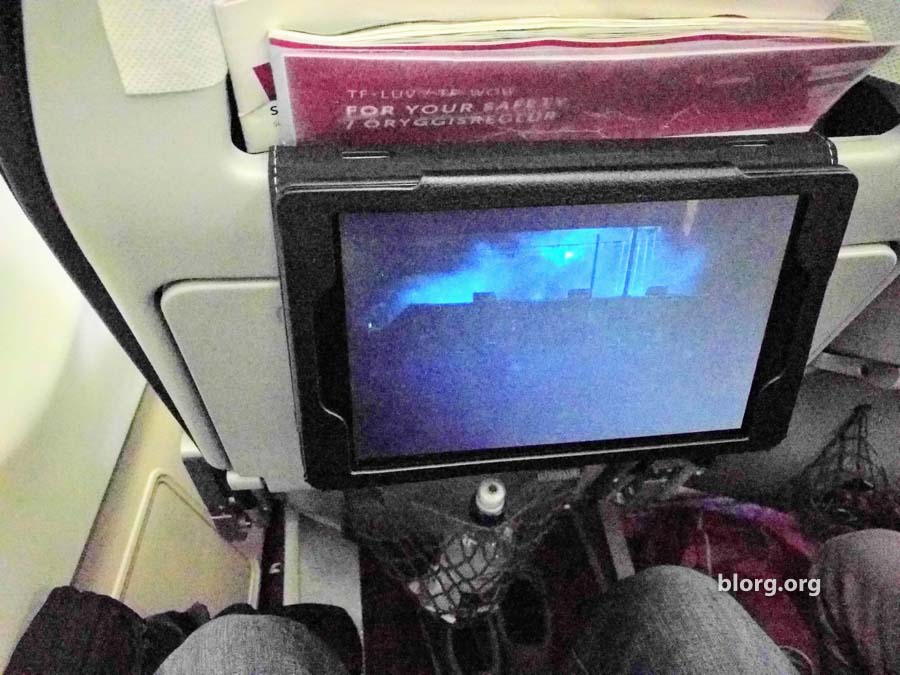 This was the coldest flight I’ve ever been on.  I don’t think they use a heater.  It looks like they leave it really cold because there are no air vents.  It might have also been extra could since I had a window seat. I’m very glad I brought a jacket with me.  Always bring a jacket.

The sleep amenity kit included a blanket, eye mask and ear plugs.  A really high price for low quality items (from what I could tell when the other passengers made the purchase).  If I did not bring a jacket, I would have absolutely bought this kit just so I could have a blanket and survive the flight.

I really should have brought a face mask.  An older lady was seated next to me and she was just coughing throughout the flight.  This was the bad coughing where it sounded like she was going to die and she was NOT covering her mouth. I don’t want to catch that, I still have so much to live for!

The seat was pretty stiff.  After 2 hours of sitting I was getting sore and kept shifting around.  The seat does not have an adjustable headrest height like most modern planes. The headrest is just one solid piece with the seat.  To recline the seat, there was a handle you had to pull below the seat to the right.  A very strange option.  If you bring a tablet, it’s pretty easy to insert the tablet sleeve into the magazine section for easy viewing. 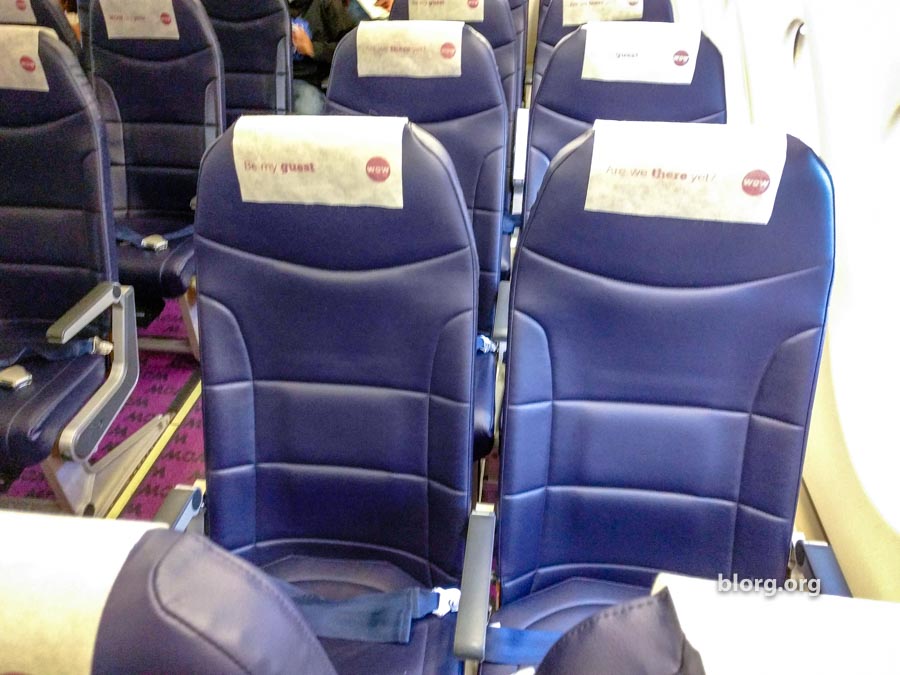 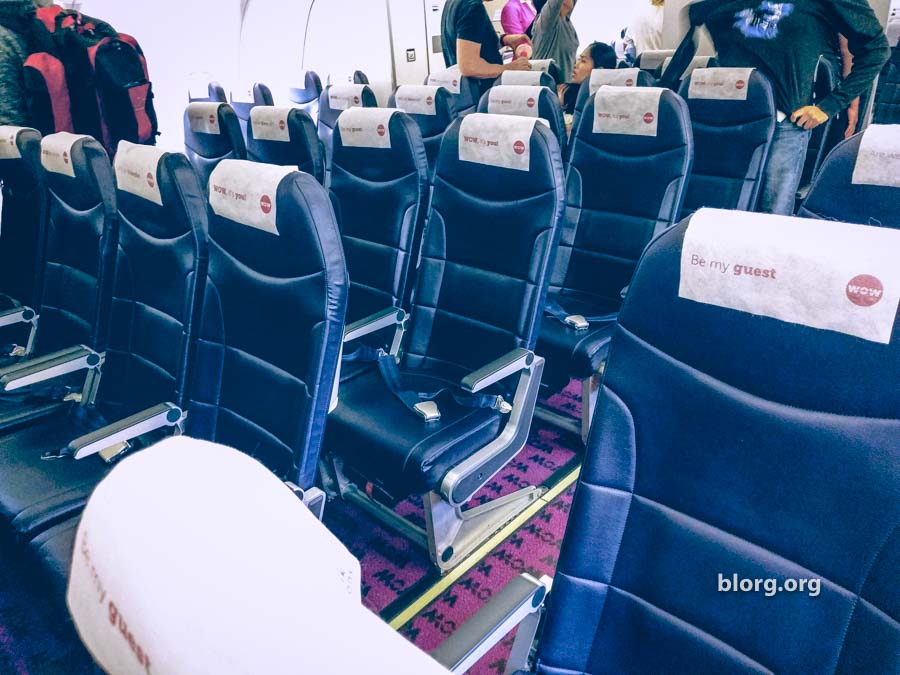 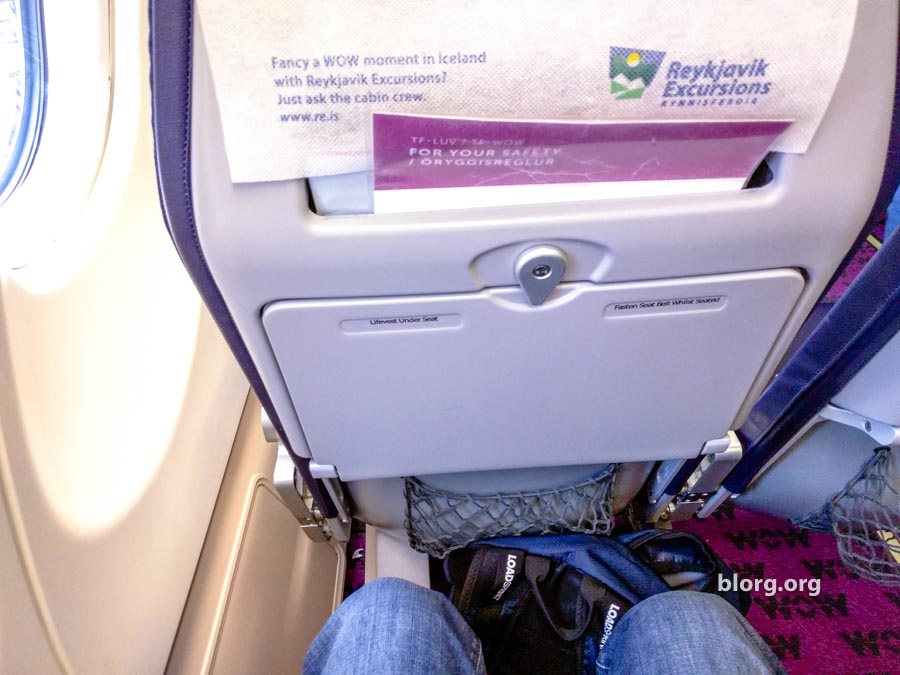 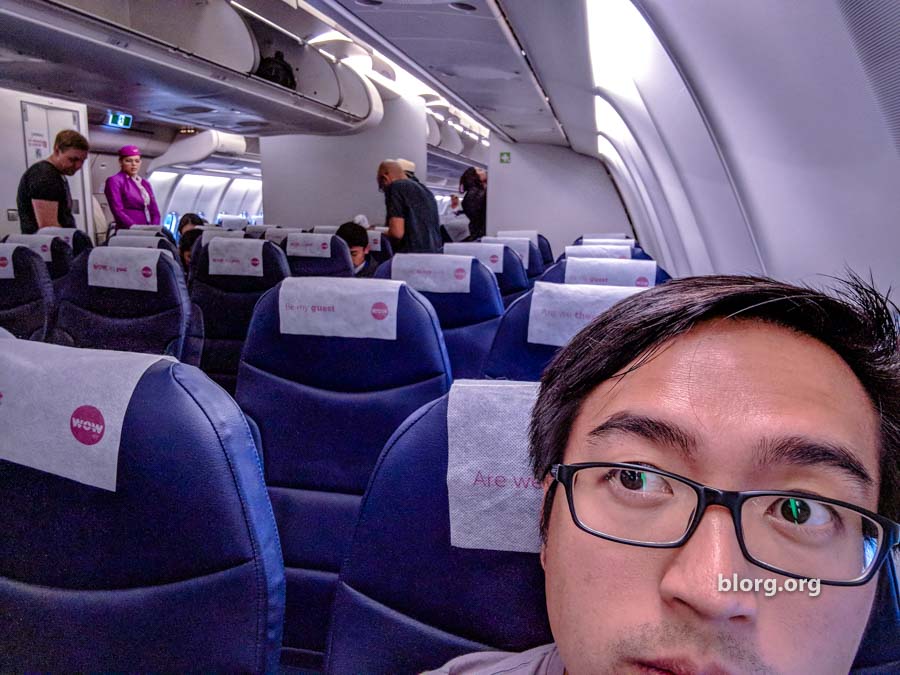 It’s really hard to judge the service since I was apprehensive about ordering anything.  Complete honesty, I probably would have a biased opinion about the service anyway since the flight attendants were very attractive. 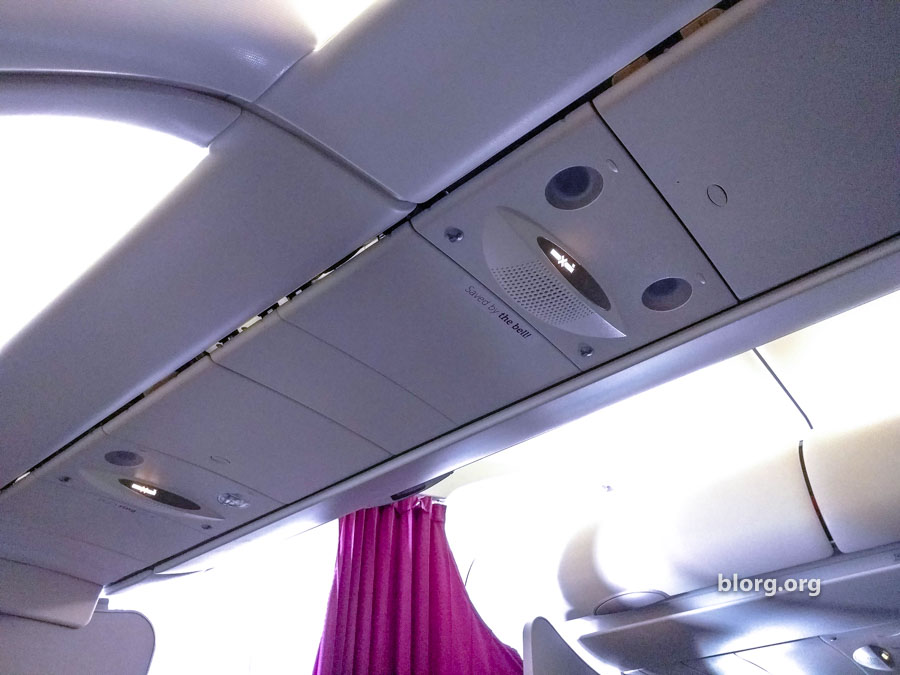 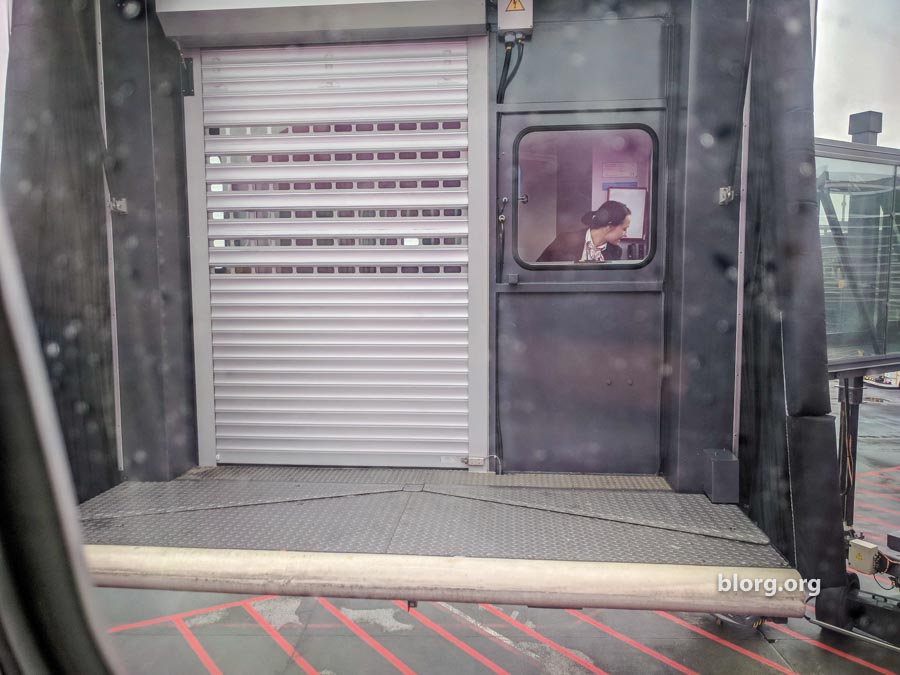 Is It A Good Deal?

I ended up spending $200USD on the 19 hour layover because Iceland is expensive! That’s with me sleeping (at least trying to) at the airport.  The money was mostly spent of food and the car rental. I ended up losing two days of my vacation because I didn’t sleep in Iceland and all I did at my destination in Dublin was sleep when I got there since I was so tired.

Be sure to research your options before you jump in! My next post will explain all that in detail.

I’ve been to Iceland before and you really need more than a layover to experience the country.  If you’re looking for inspiration, check out this post by Away From The Office:

56 Photos That Will Make You Want to Travel to Iceland