Hotels and even hostels are very expensive in Iceland.  If you’re staying in Reykjavik, that’s a 40-minute drive to the airport. And if you have an early flight, it’s even more challenging. Many people choose to sleep at Iceland KEF airport and it’s not a problem.

Lots of people sleep at Iceland Airport and the staff do not have a problem with people sleeping in the facility. I however, tried to sleep but could not.  There was too much pressure to wake up on time for an early flight and a greater fear of being robbed.  Since I was traveling alone there’s always a higher risk. Iceland itself is one of the safest countries in the world, but the Iceland airport is not exclusively filled with the Icelandic people.

Iceland airport sleep was not possible for me. It’s definitely allowed and I saw hundreds of people sleeping at the Iceland airport. Most flights arrive/depart very early from this airport. 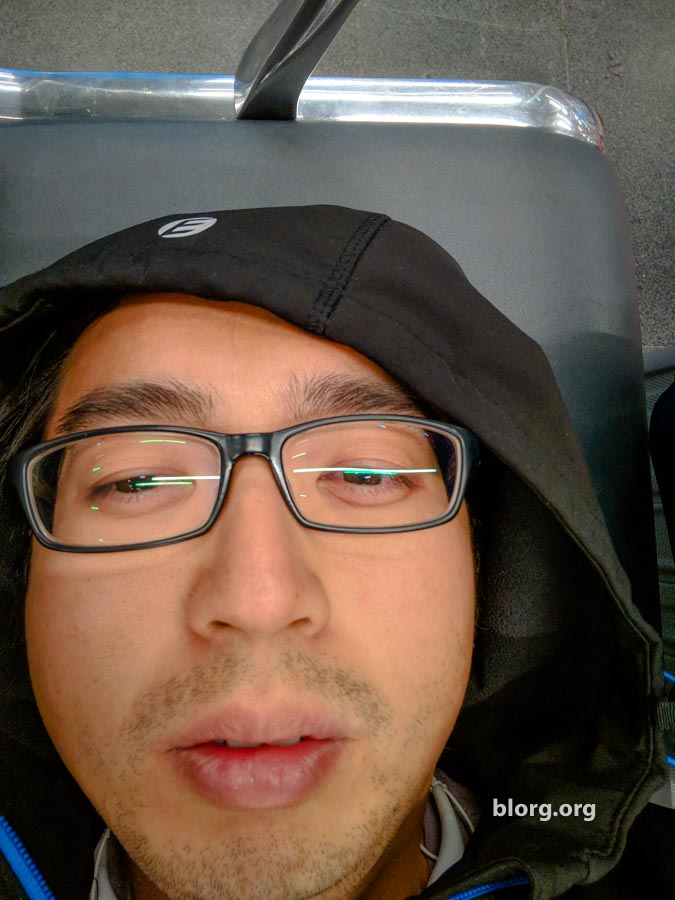 I know Iceland is safe, but I’m at the beginning of my trip and can’t be inconvenienced by my passport or wallet going missing this early in the game.

Initial Plan: Rent A Car And Sleep In It

When I got to the airport at 10pm after returning my rental car, I attempted to go through airport security and go to the departure gates for my 6am flight. The Iceland layovers can be brutally exhausting and expensive.

My initial plan was to sleep in my rental car but I couldn’t sleep.  There was nowhere to really park safely.  That’s because of 2 reasons:

Unsuccessfully Finding A Place To Sleep With A Rental Car

I did make several attempts to sleep in the car around the city.  With barely any sleep the night before, I was so tired that I couldn’t drive more than 20 minutes without having to take a break.  There were a lot of breaks:

Arriving at KEF airport at 10pm, it was pretty lively.  There were a lot of people around checking in for late-night flights and a lot of people stationed up against the walls of the airport settling in for the night to sleep.  This was all in the check-in area, before going through airport security.  It was pretty full. I was hoping I wasn’t going to end up in this situation.  But I went for it! I attempted to scan my ticket for my 6am flight to go through security and it was successful.  The doors opened and I proceeded through security and into the terminal. 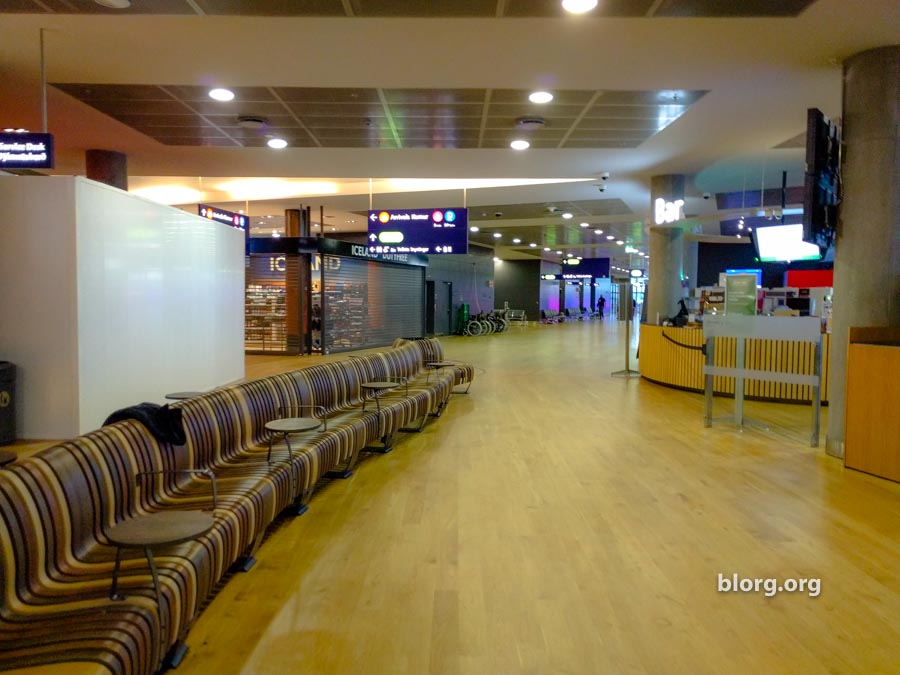 In the terminal area, there were people settling in open seats for the night.  But there was significantly more room and seat availability.  There were plenty of wall sockets for charging your electronic devices, but many seemed out of order.

Can You Sleep At The Iceland Airport?

Yes. Hundreds of people were at Iceland Airport sleeping when I arrived at 10pm. This is before security and after security. You can check into your flight the night before so you can pass through security.

I recommend going in to the terminal to sleep. There were many more seats and deserted (quiet) areas.

Very limited sleeping space available space (or even to just sit on the floor) at the pre-security area (landside) of KEF airport.

Many of the shops, restaurants and kiosks were open until about midnight.  Make sure you buy whatever you need by then. I walked around a lot but I don’t think I saw any vending machines.

Don’t ever go to Iceland on a stopover.  It’s too expensive and a waste of time.  The 1-day layover (plus no sleep) caused me to be too tired my first day at my destination which is a 2-day loss on a vacation.

You can sleep at Iceland Airport. Check-in for your flight the night before so you can get past security and find a place to sleep.

If you want better tips for travel, check out my post The Ultimate Guide For Booking The Perfect Vacation.