I’m about 3 years into my travel hacking hobby and I’ve been on quite a few different airlines business class flights.  That includes international and domestic flights.

If you’ve been around the miles game for awhile, you know that redeeming British Airways miles WITH British Airways results in absurdly high fuel surcharges.  Due to an insanely good BA sale, this was the first time I’ve ever paid for international business class with money.  Since the fuel surcharges were high for miles, I thought this opportunity to pay for a flight was a good opportunity to give it a shot.

Getting Cheaper BA Flights with AARP

To take full advantage of the sale, I joined AARP to get the $400 discount.  Just so you know, you don’t actually have to be old or retired to join.  You could just be some 30 year old dude that happens to have $16.  This brought my total cost for a roundtrip flight from Los Angeles to Helsinki to $1050 during summer!

After leaving LAX’s TBIT OneWorld Lounge, it was time to fly!

Selecting Your Seat With British Airways For Free

With paid tickets, you have to PAY to select your seat with British Airways.  You can however select your seat for free 24 hour prior to departure.  I set an alarm for that 24 departure window so I can select my seat.  I lucked out and happened to pick one of the best seats available, seat 59E! An all aisle-access throne!

It’s on the upper deck of the A380 and has unrestricted aisle access.  This is rare because the seats are so close together that almost all other business class seats require someone to be inconvenienced if someone has to go to the restroom.  Even though this was one of the best seats available with British Airways Club World, I still felt like I was surrounded.  During take off and landing, the seat privacy windows had to be down.  It was really awkward being so close with people directly I can make direct eye contact with.  That’s too close.  Plus the in-flight entertainment screens have to pop out to be viewed.  But during take off and landing, they are put away so there’s nowhere to really focus your attention. 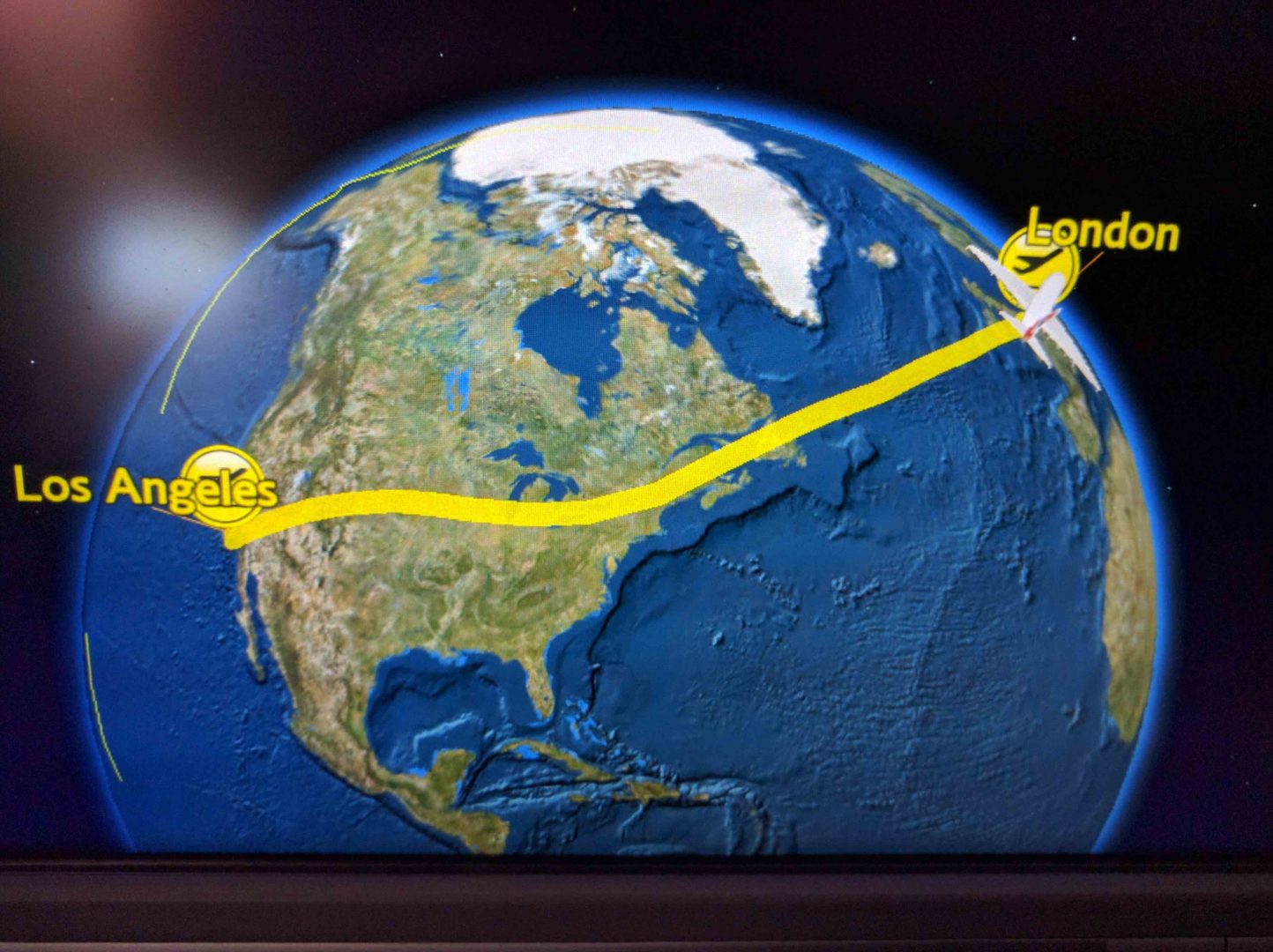 For $50 less, I could have flown on American Airlines new business class seats to London.  They have a 4 seats per row configuration while BA uses 8.  That’s half the space.  But, it was a rare opportunity so I went with it.

The service overall was pretty good.  The food wasn’t too memorable. A little bland for me, but I’m generally a picky eater.

The IFE selection had a few good choices (not many).  If I didn’t have any frequent flyer miles, I would definitely pay for a flight like this again at $1050 (crazy deal).

The service from the flight attendants was very warm and friendly. I recently learned being part of the cabin crew is a pretty tough ordeal, but can be rewarding on the adventure side. Check out Becoming Cabin Crew’s post on Becoming British Airways Cabin Crew for more details.