If I’m in Sapporo, I have to go to the Sapporo Beer Museum.  It’s pretty much a museum of the old factory where they still do some of the brewing.  The beer was crisp and extremely refreshing.

My hotel was 1 mile away (or a 25 minute walk according to Google Maps).  There were no public transportation options that would get me there faster than walking from my hotel.  I proceeded with the walk and it took about 40 minutes.  There were a lot of stops waiting for streetlights and I had to go over a bridge.  I happened to pick the route along a main street that had heavy traffic.  It was too risky to jaywalk.

I was happy and thirsty when I arrived at the SBM.  I took a few pictures of the outside then moved into the tourist part.  They had 2 tours available: free and premium.  I was about to pay for the premium but the staff told me that it was only available in Japanese.  Free is good too I guess.

The journey started by taking the elevator to the 3rd floor.  They CRAM people into those elevators.  But, I’m here for the journey.

Walking through the museum didn’t take very long.  I ended up finishing the museum walk through and waiting in the beer line within minutes of starting the tour.

Once you finish the museum tour, you end up in the bar.  To get drinks at the bar, you purchase a ticket from the vending machine.  BUT! Remember to read all those options.  I ordered a beer then realized I missed out on order the beer flight.  I ended up going back and ordering each of the 3 beers by themselves cause I’m here for the journey.  Each beer came with a pack of Japanese peanuts.

After the bar I went to the gift shop to pick up some souvenirs.  They had some interesting things but I ended up just getting some chocolate potato chips and a t-shirt. 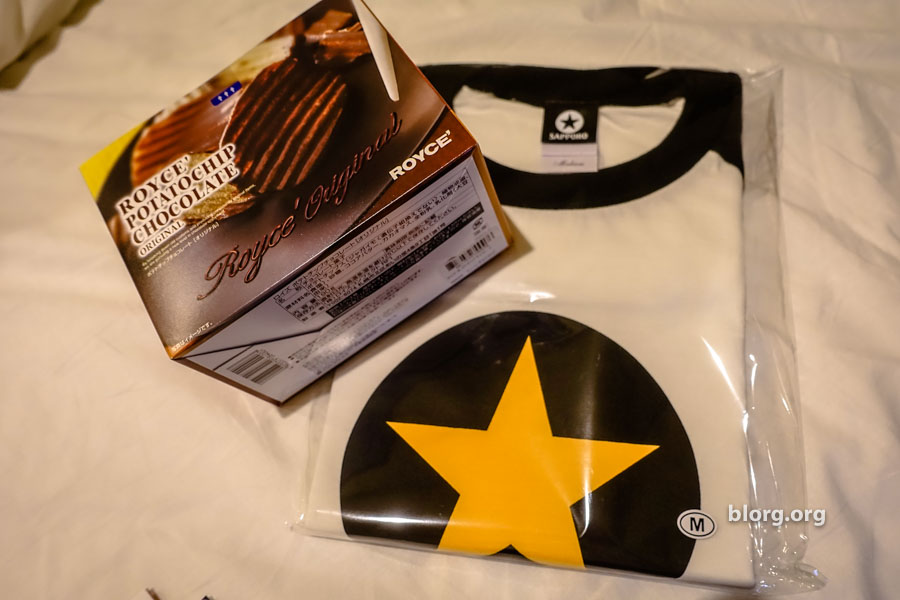 Buzzed, I walked back to my hotel.  The initial walk was 40 minutes but I made it back to the hotel in 30 minutes.  That’s because I had to pee.  I had 3 beers and then had to walk a mile.  Not the wisest choice.