At an izakaya called 炉端亜紗 喜三郎 (Kozaburo Kirisaki) in Nagasaki, I noticed two unusual menu options: whale and horse.  I haven’t really thought about eating those two creatures before, but since I had the opportunity I went for it.

After arriving in Nagasaki, I was so hungry that I could eat a horse! Luckily, I found a place that served horse and whale.  So…I got the “surf and turf”! Get it? Surf and turf!

One of the item’s was called Kumamoto’s horse meat sashimi. I felt really bad. Kumamoto has been having such a hard time lately that he had to sell his horse…one really delicious horse. 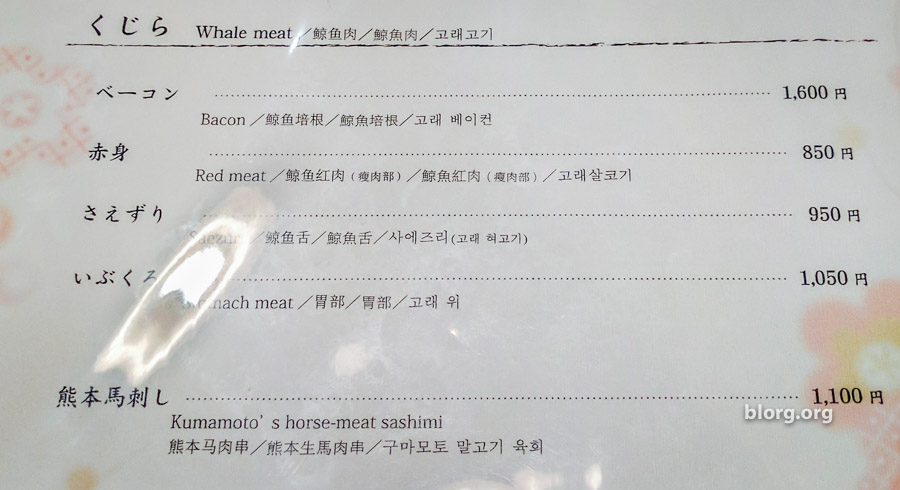 I selected 4 things on the menu: Horse sashimi, whale bacon, crab & cheese croquette and a beer.  The last two items were really to wash the taste out in case I didn’t like it.

It’s sashimi so it was raw meat and had an unfamiliar texture   The horse had a lot of muscle and not much fat.  It must have been a fast horse…just not fast enough. (laugh track) 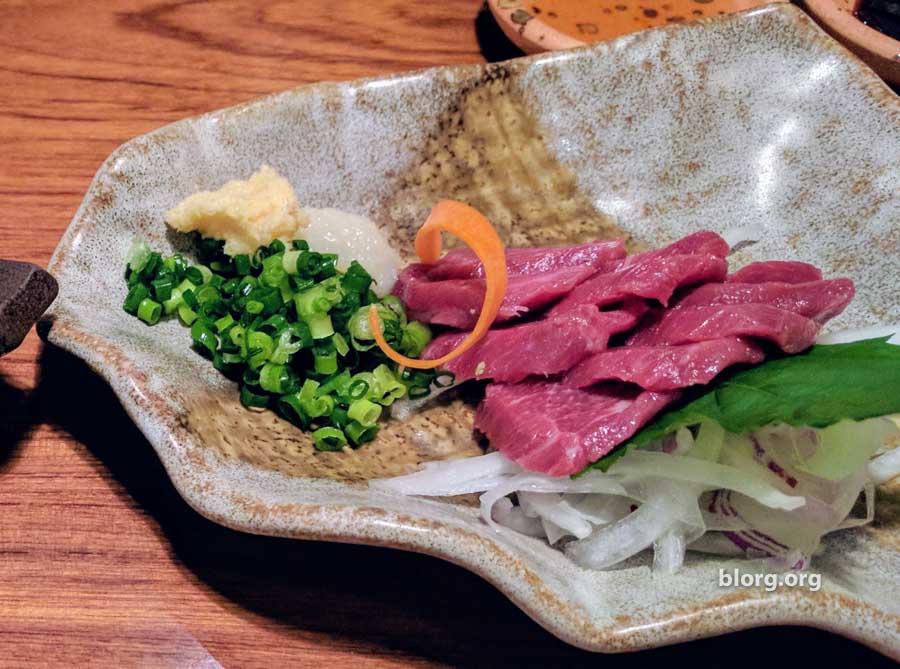 This was ALL FAT. I think I’ve had an easier time with chewing gum.  It took some time to chew this.  Not much flavor to it but we ate it! 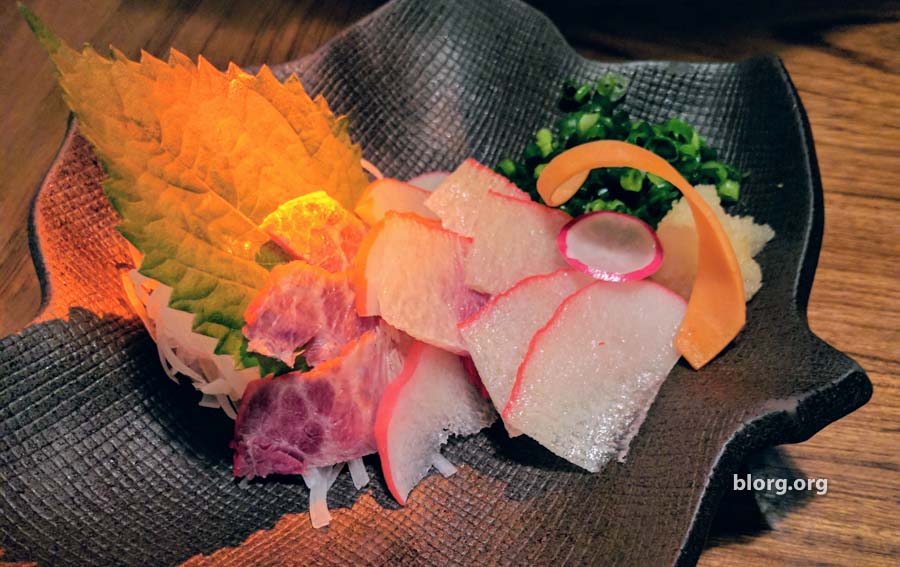 As you can imagine, tasty with a beer. 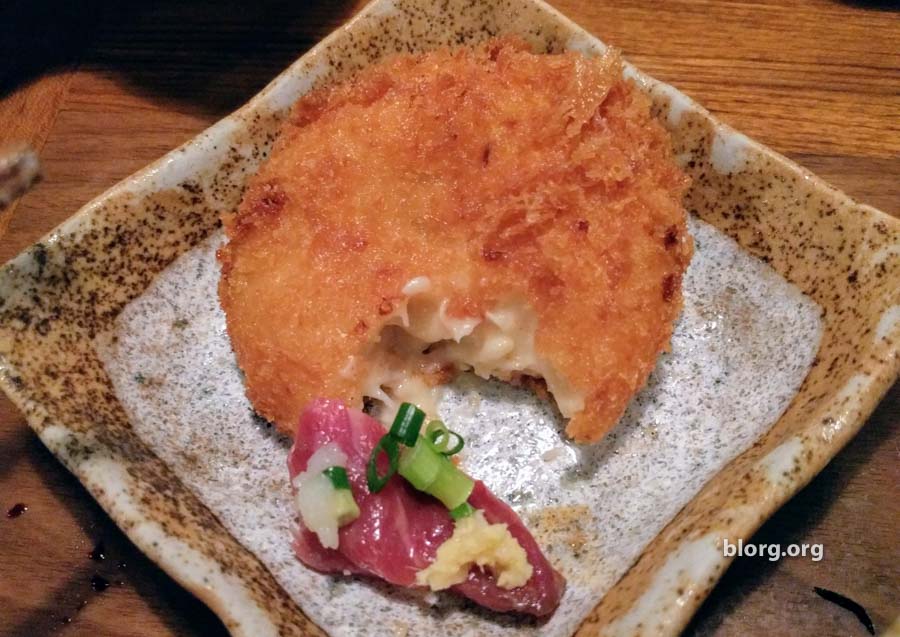 I don’t think I’d get horse sashimi and whale bacon again.  But I would probably try a different cut or dish. If you had the opportunity to try horse and whale meat, would you?

Just East of Nagasaki (by ferry) is Kumamoto, known for their high quality horse sashimi (basashi) so if you’re goal is to go to Japan to try the best horse meat possible, that’s a good start.  The Finger Post documents the basashi experience well and has a great write up on what to experience in Kumamoto.